Proposal follows basic look of the Baťa show which we have set the last year and some elements works as it`s reminiscence. The design is adapted to the new spatial conditions and to the theme "Sound of style". The hall of the Palazzo Mezzanote originated as the built-in of the gallery to the former classicist atrium. It`s non attractive congress look and the acoustical conditions require to be completely covered by the black finishing. The both subjects of the event (fashion show and the exposition) are using single undivided space. The semi-transparent wall divides the disposition to the two longintudial zones with it`s different life and demands. But the generous symetrical impression of the space remains. The visitor`s view fluently continues through the exposition to the central point of the catwalk. Owing to the one sided "theatrical" tribune we got the advantage of the frontal large format wall - the generous background of the fashion show.

The connection of the given theme "#theSoundofStyle" with the motive of the shoes creates specific poetic. The step is followed by the sound and it has it`s rhytm. One of the most primitive and most fundamental sound which follows us. And it has it`s own style when wearing the Baťa shoes. To follow this line the design of the event uses minimal elements to create cultivated environment of the event plot - expositon, fashion show, vip party with raut, dance, accompanying live music and the projections. 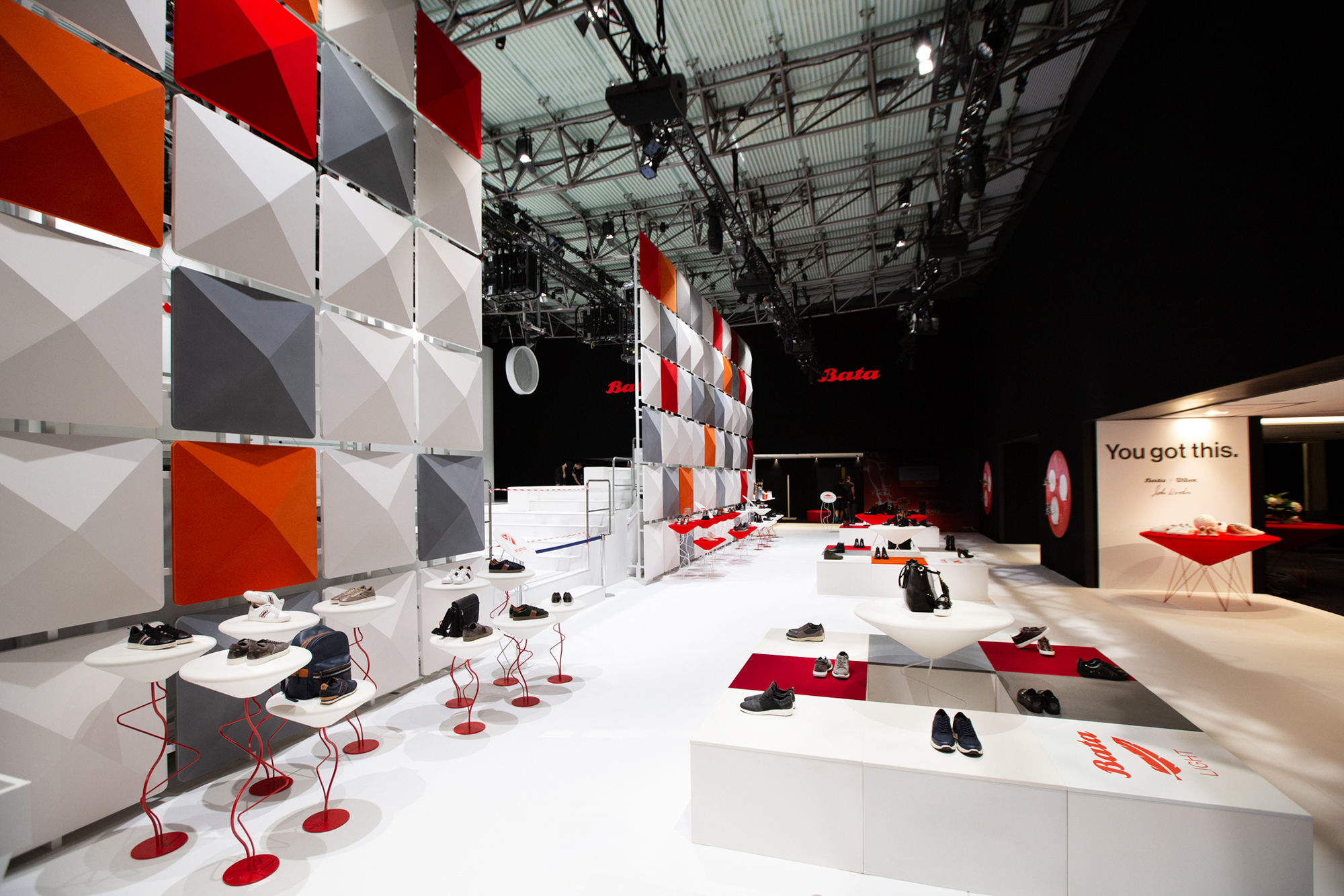 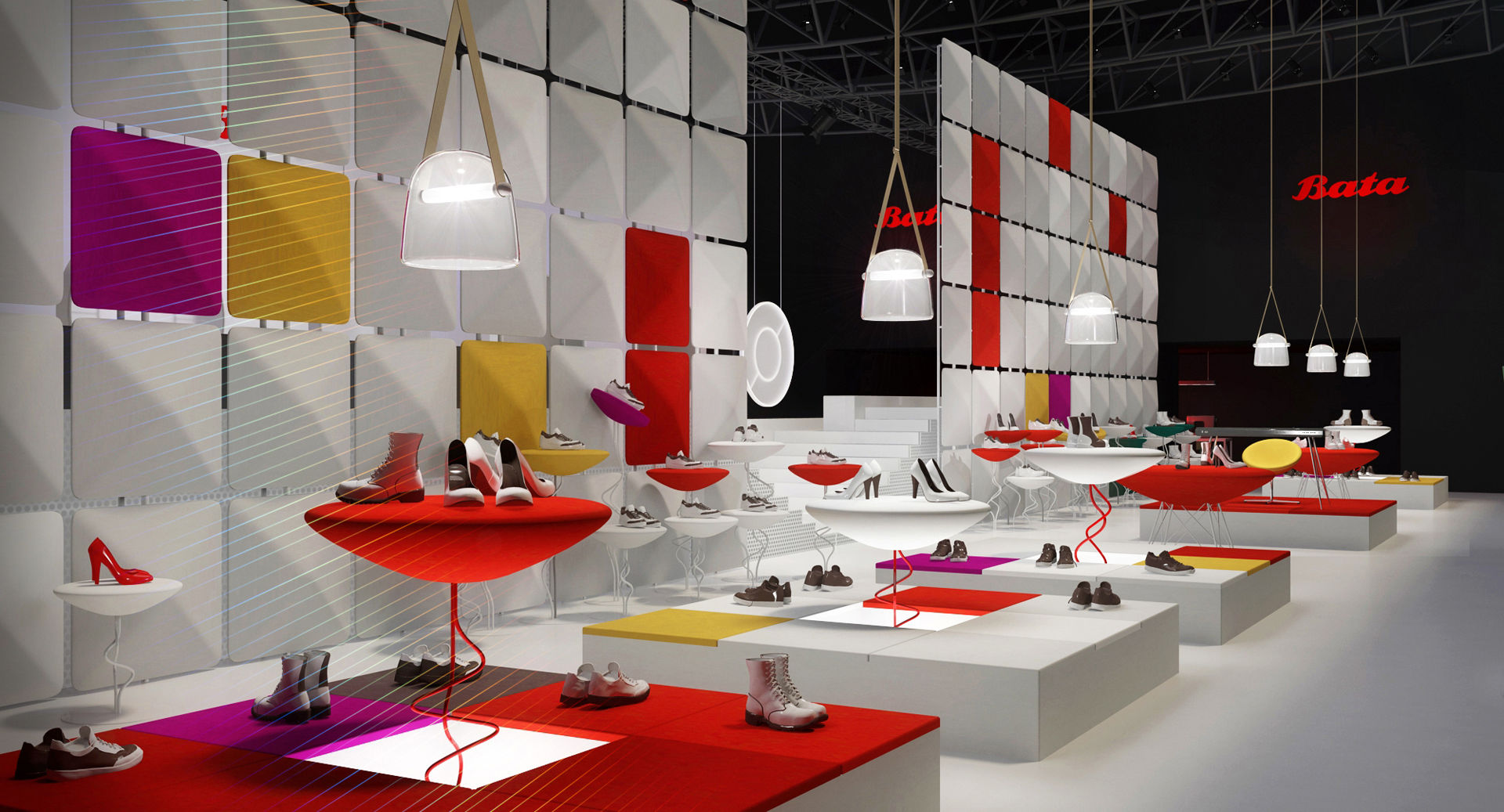 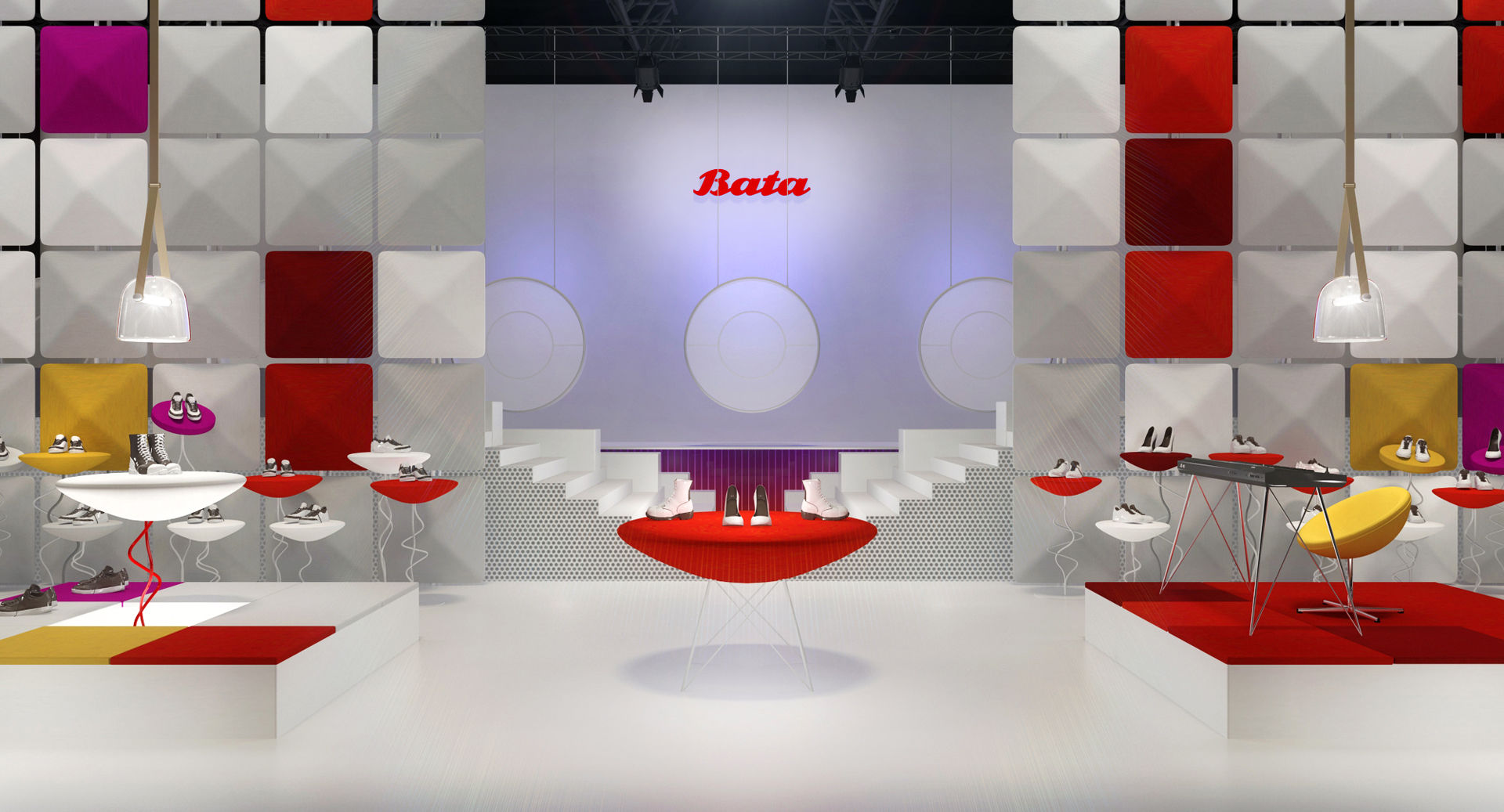 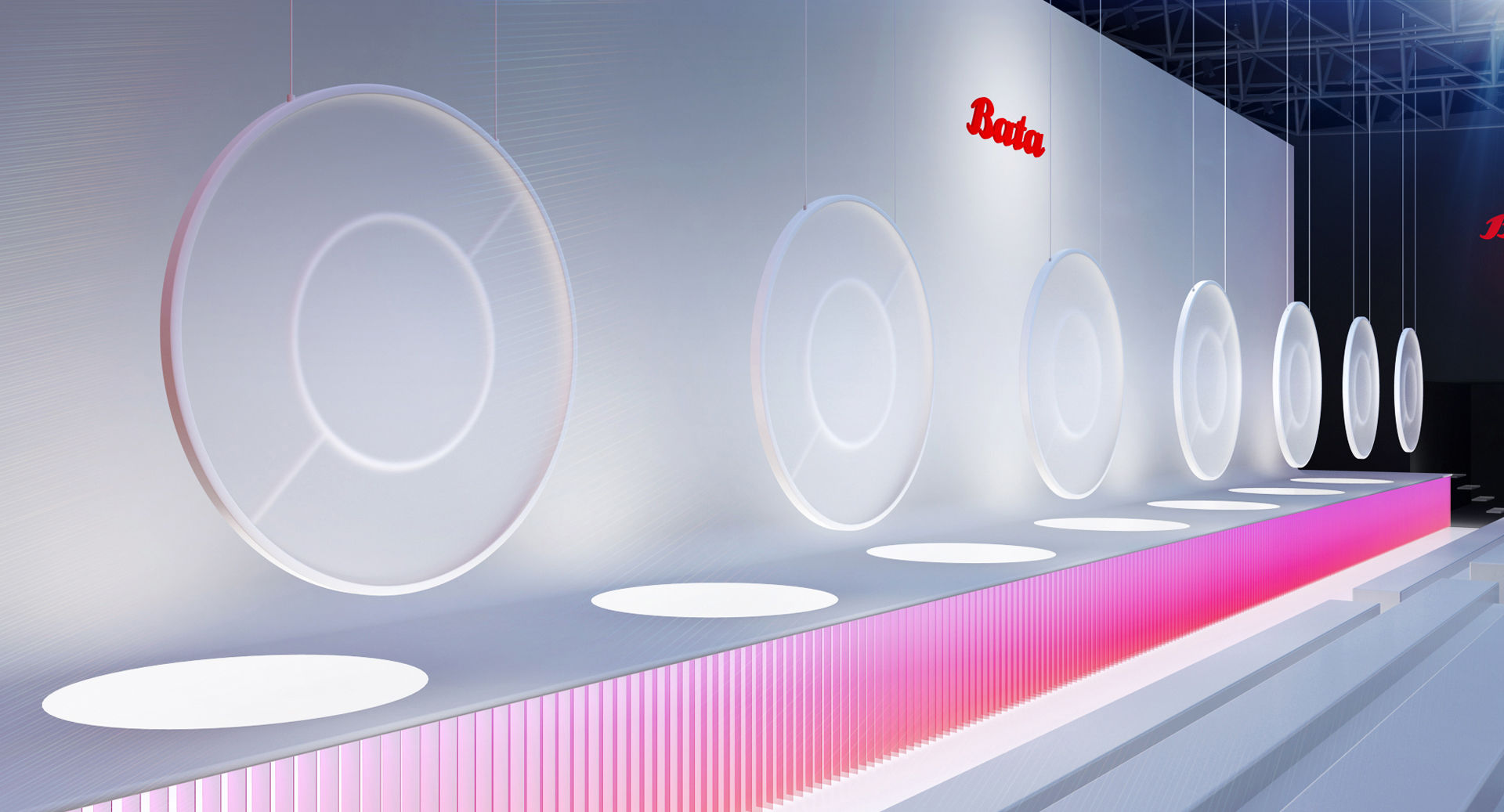 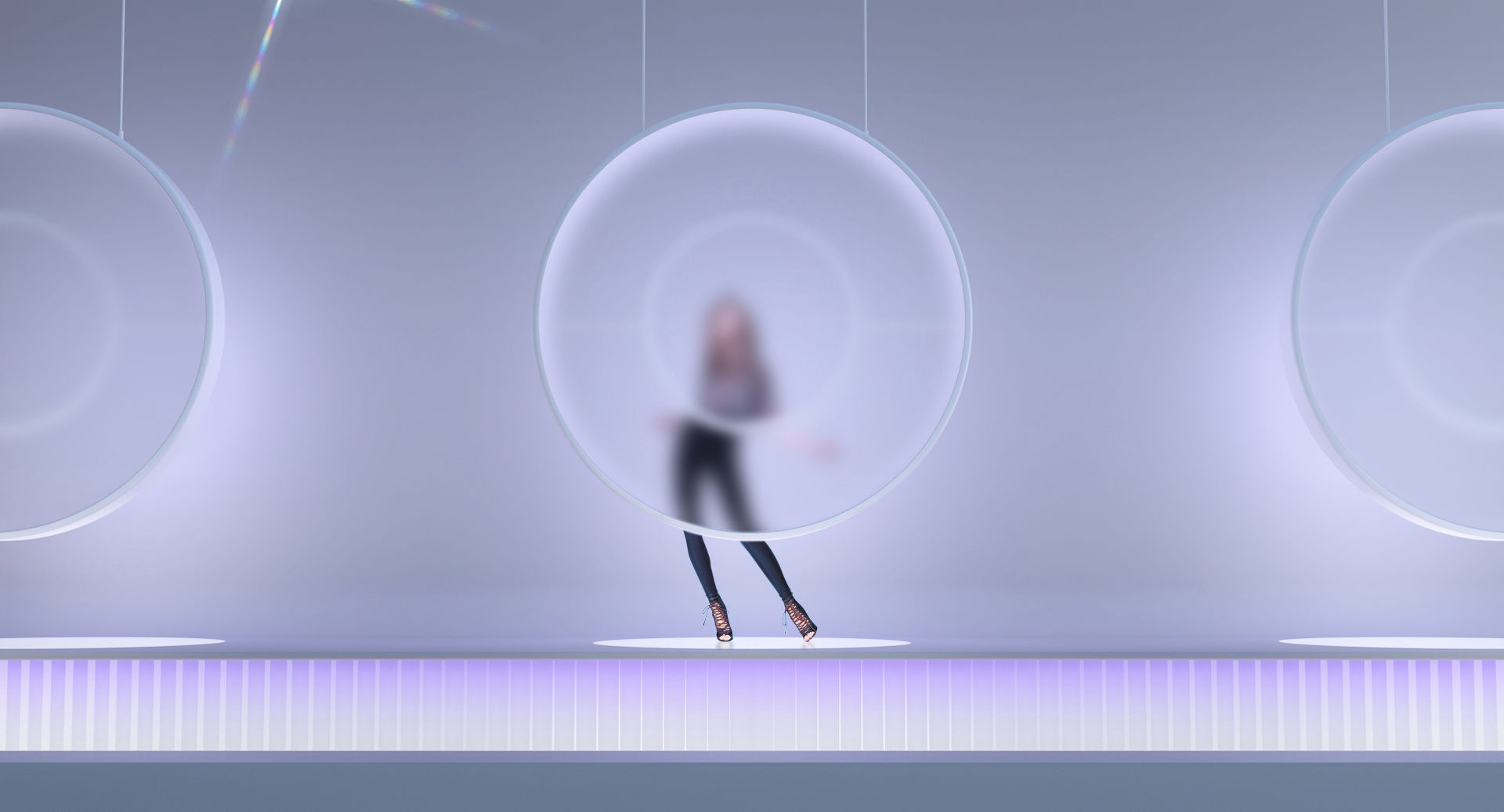 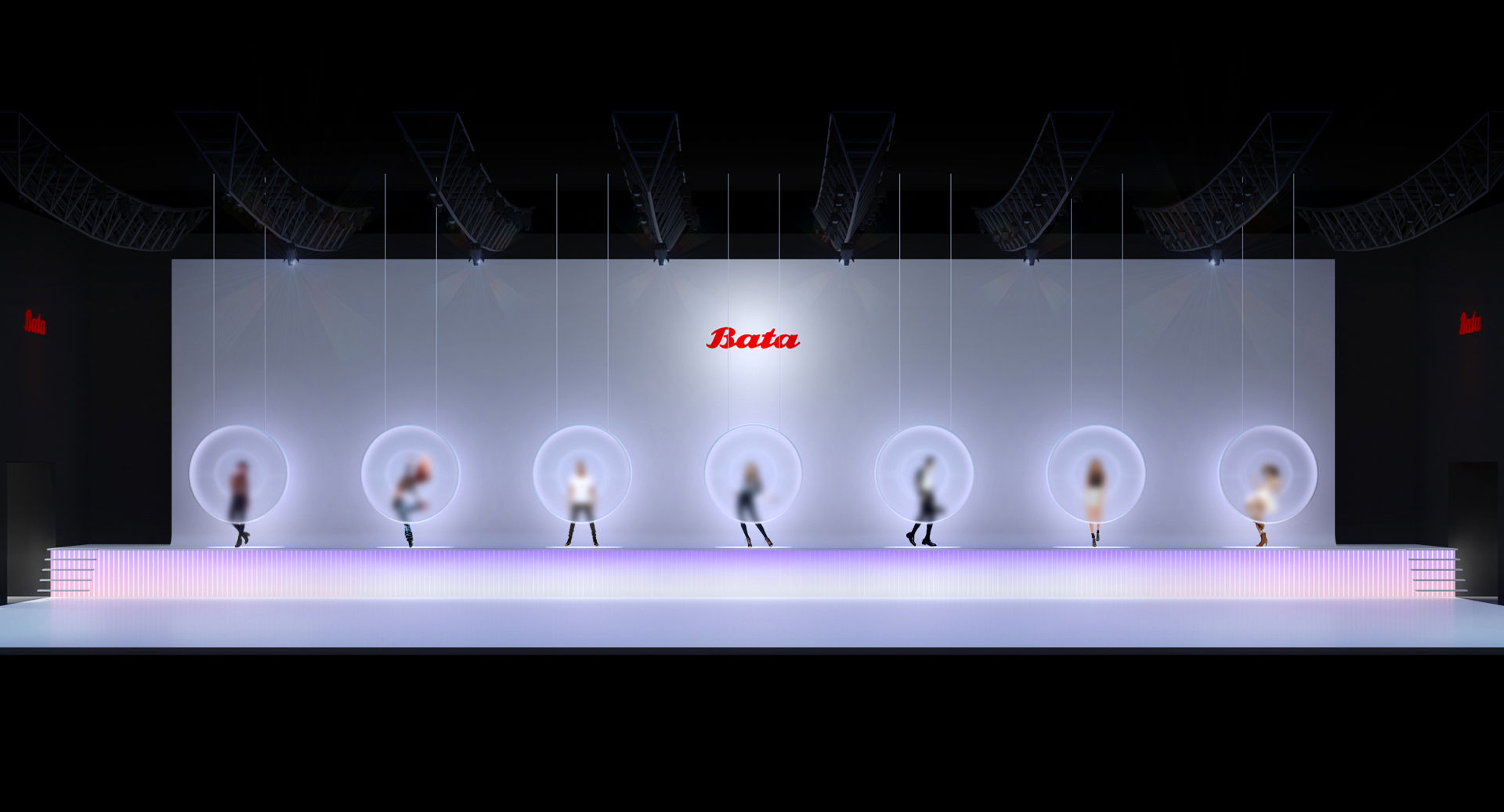 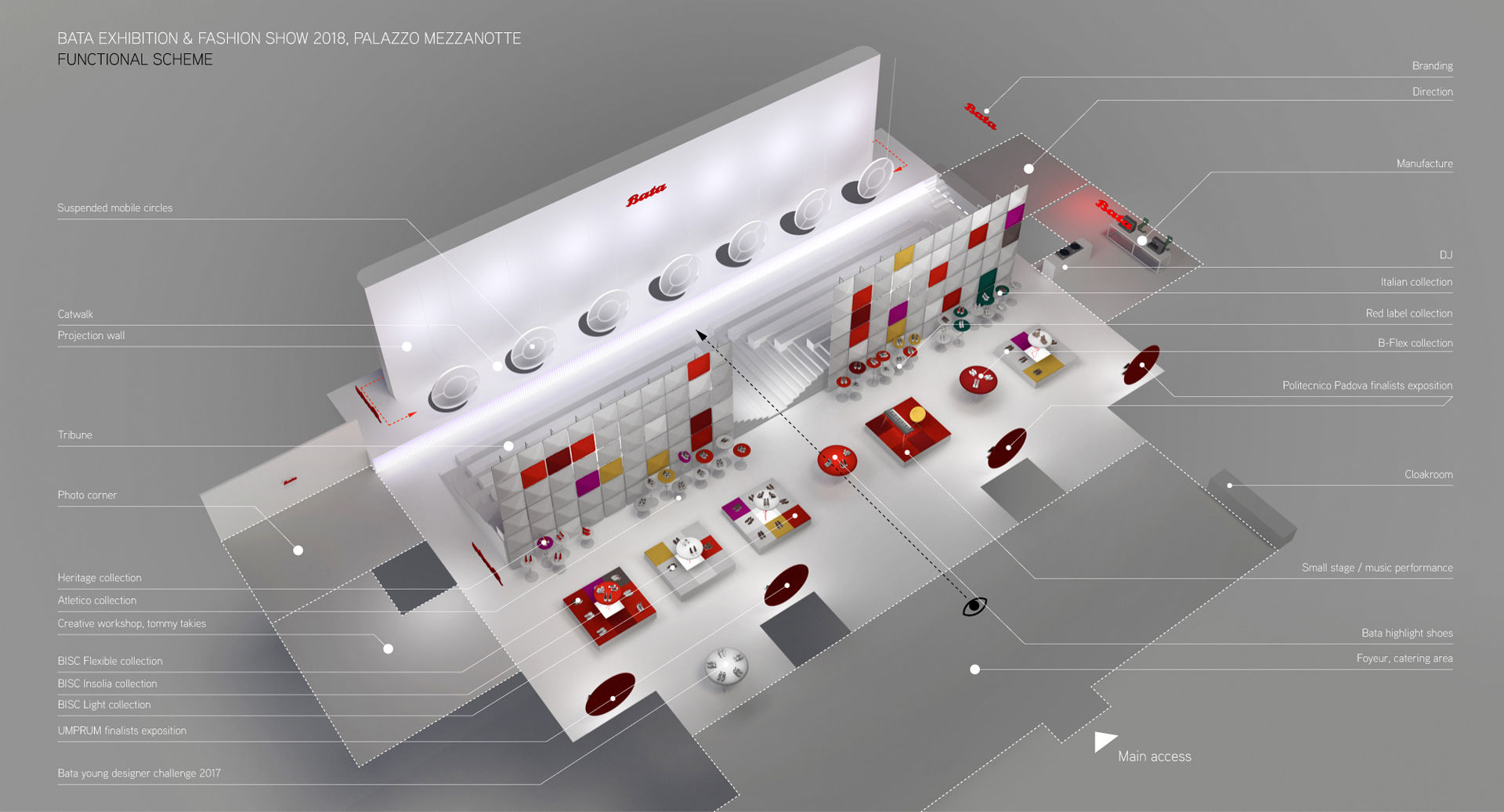