The entire emblematic structure as the opening element of the Zizkov district. The structure is generated from the diagram of the most natural movement of people and traffic . The site is heavily exposed place close to the Prague city centre surrounded by dense residential area and next to a massive Havlíček`s funcionalistic Trade Unions house. In a such area this stadium avoids creating a big mass. It`s an artifficial landscape with the tribunes more or less hidden in the ground under the road level providing spaces for the green and other public activities. As the terrain and the surrounding buildings the stadium mass slightly ascends to the top of the hill with another Zizkov dominant – Aulický`s TV tower. 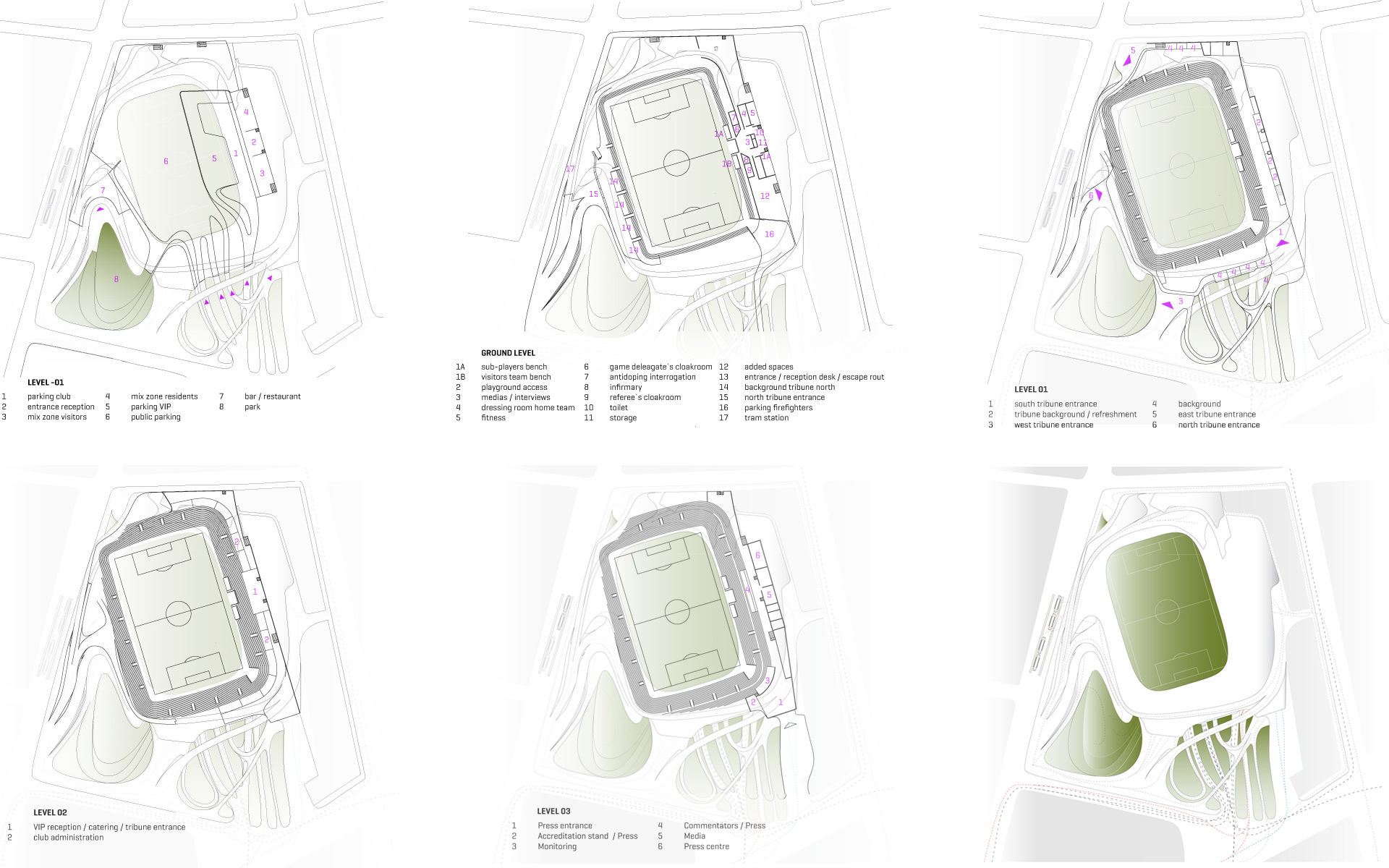