Strong duality of two main elements tells the story of the unity of Czechoslovak pilots and RAF defending the essential values against the totalitarian regime. Two nations in one air force. One struggle. Fate of the pilots is the story between the sky and the ground. The sky where dramatic air combats took place. The sky which shined through totalitarian bars as a remote memory and hope. and the ground towards which they hurtled down in the last moments of their lives that were sacrificed to their motherland, the ground where they were buried or were persecuted on it. The reflection of the mast with national flag above the RAF emblem. Horizontal and vertical. Those who are fighting and the fallen ones. Reflective canopy mirroring the space around and the concrete piedestal. Crosses in the sky and crosses on the ground. The place for a meetings and meditation, place of the changing plot and time same as the dynamical changing of the sky. Memorial proposal express itself using minimal means and opens free space to reflect the living history and legacy. 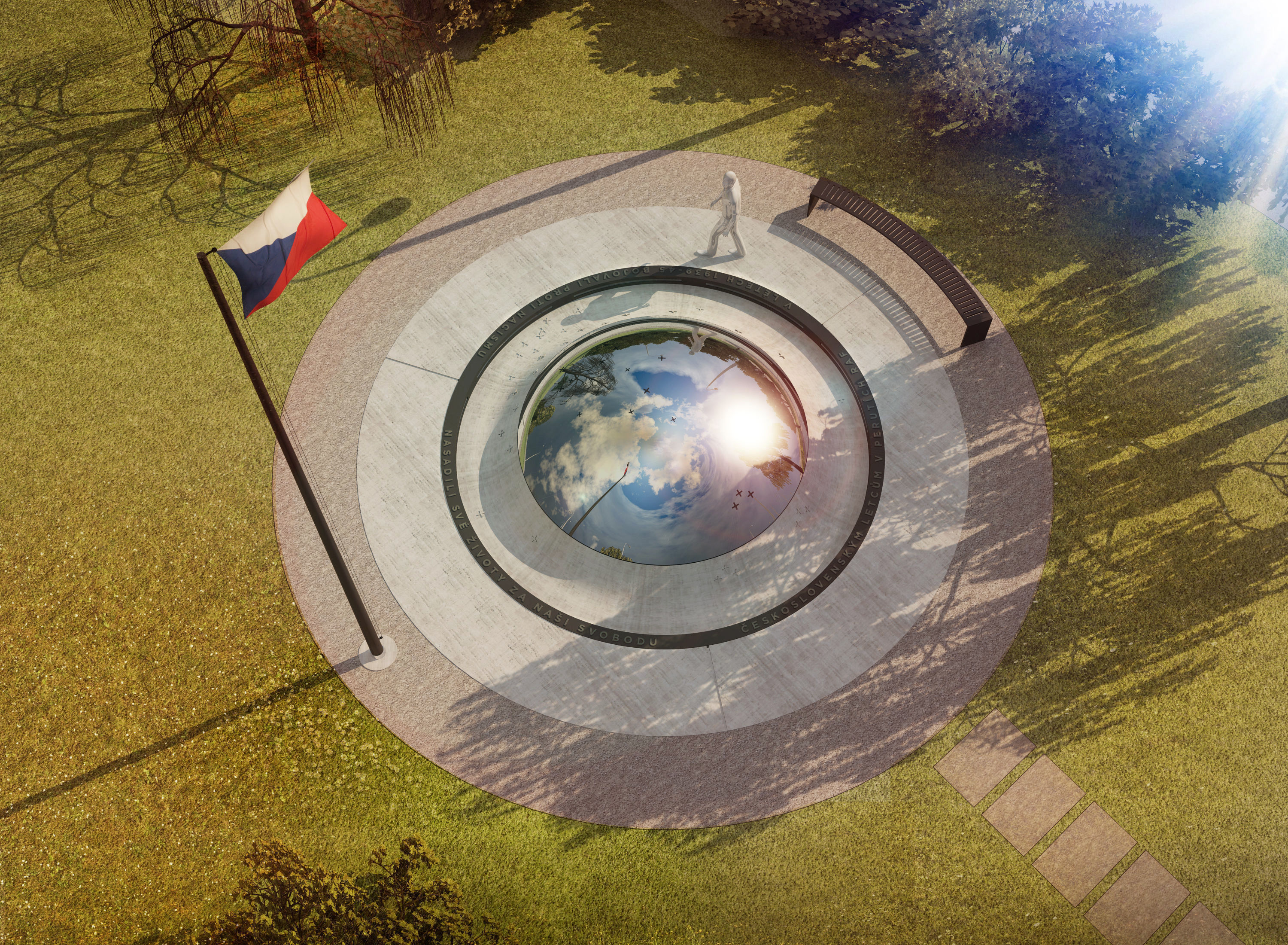 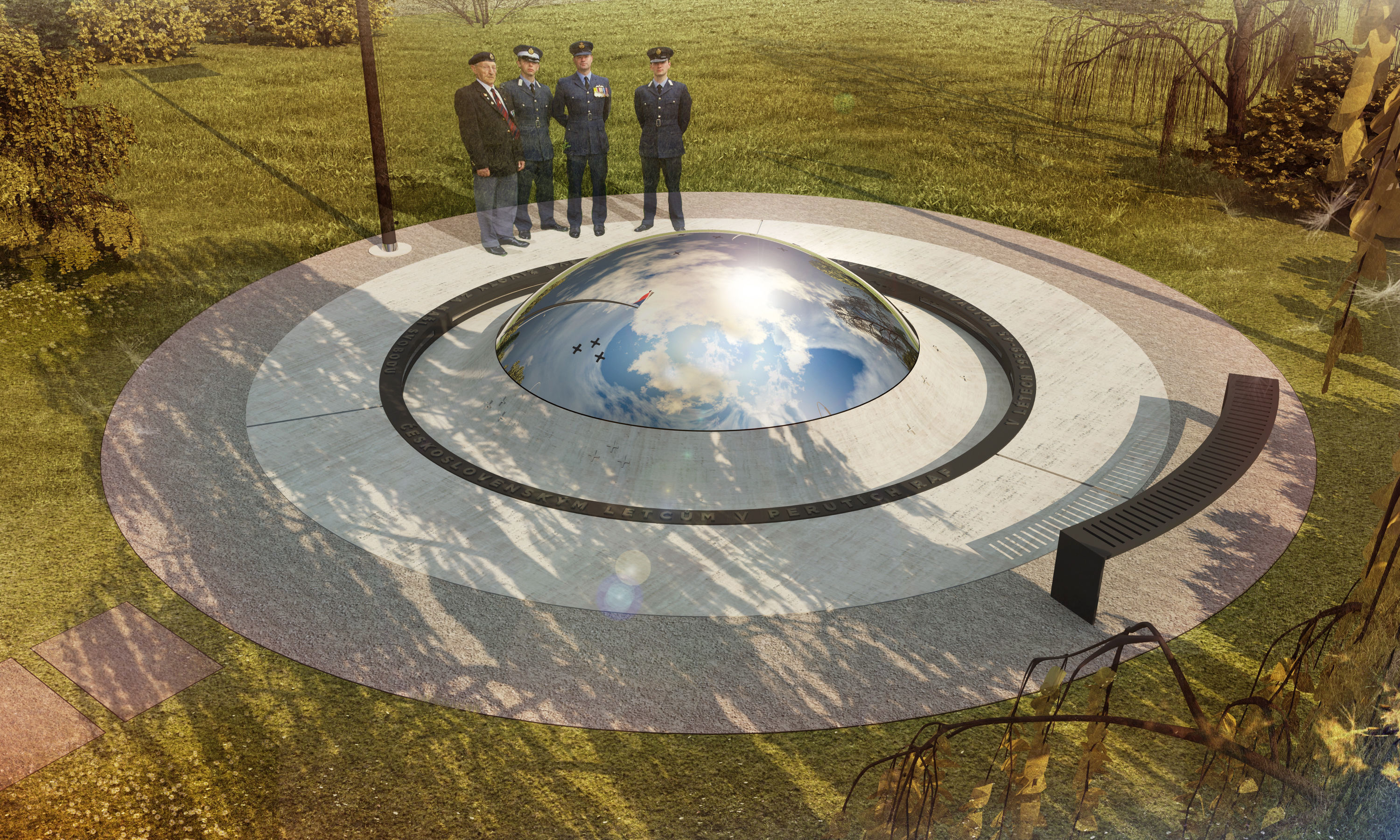 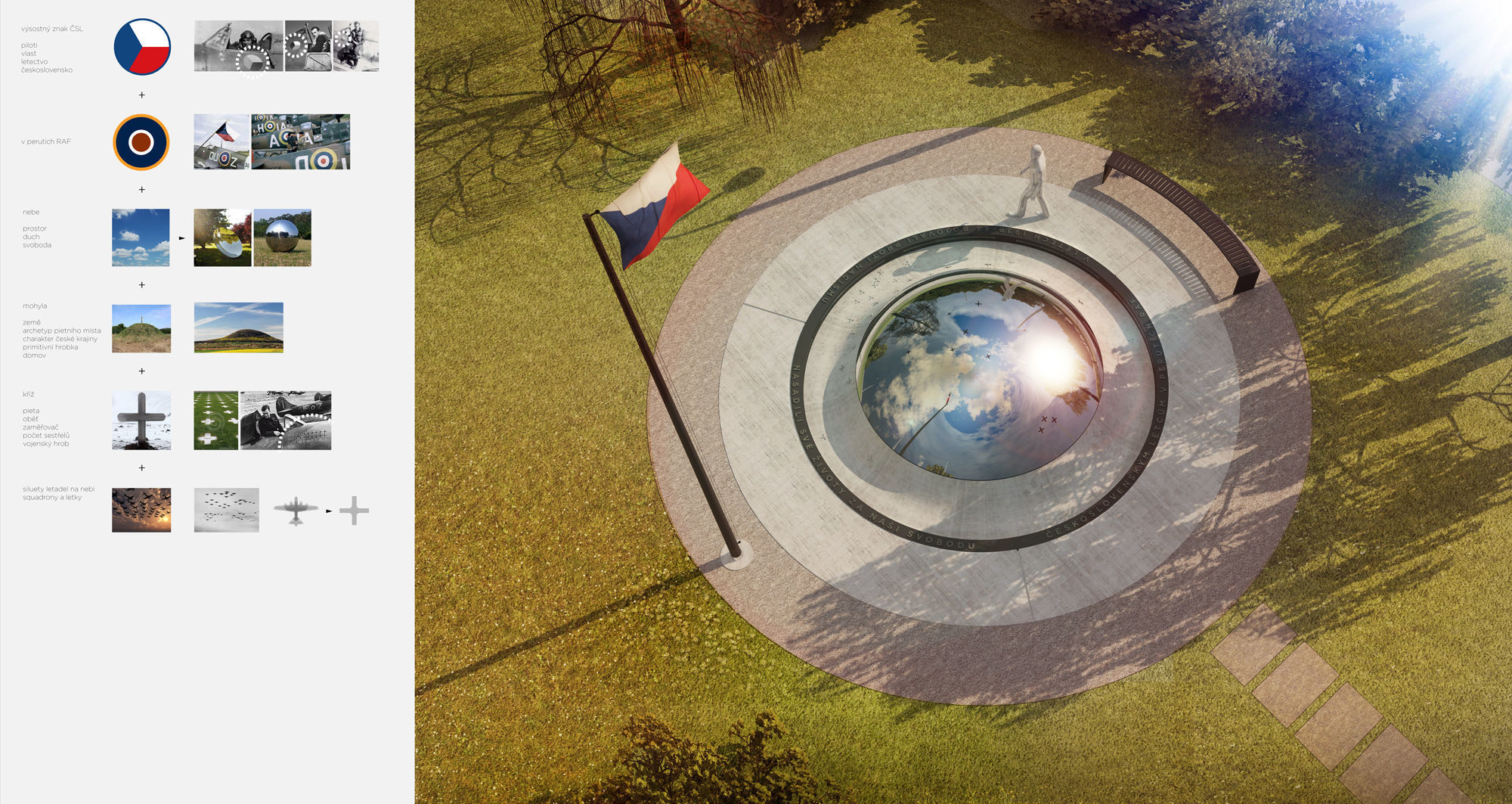 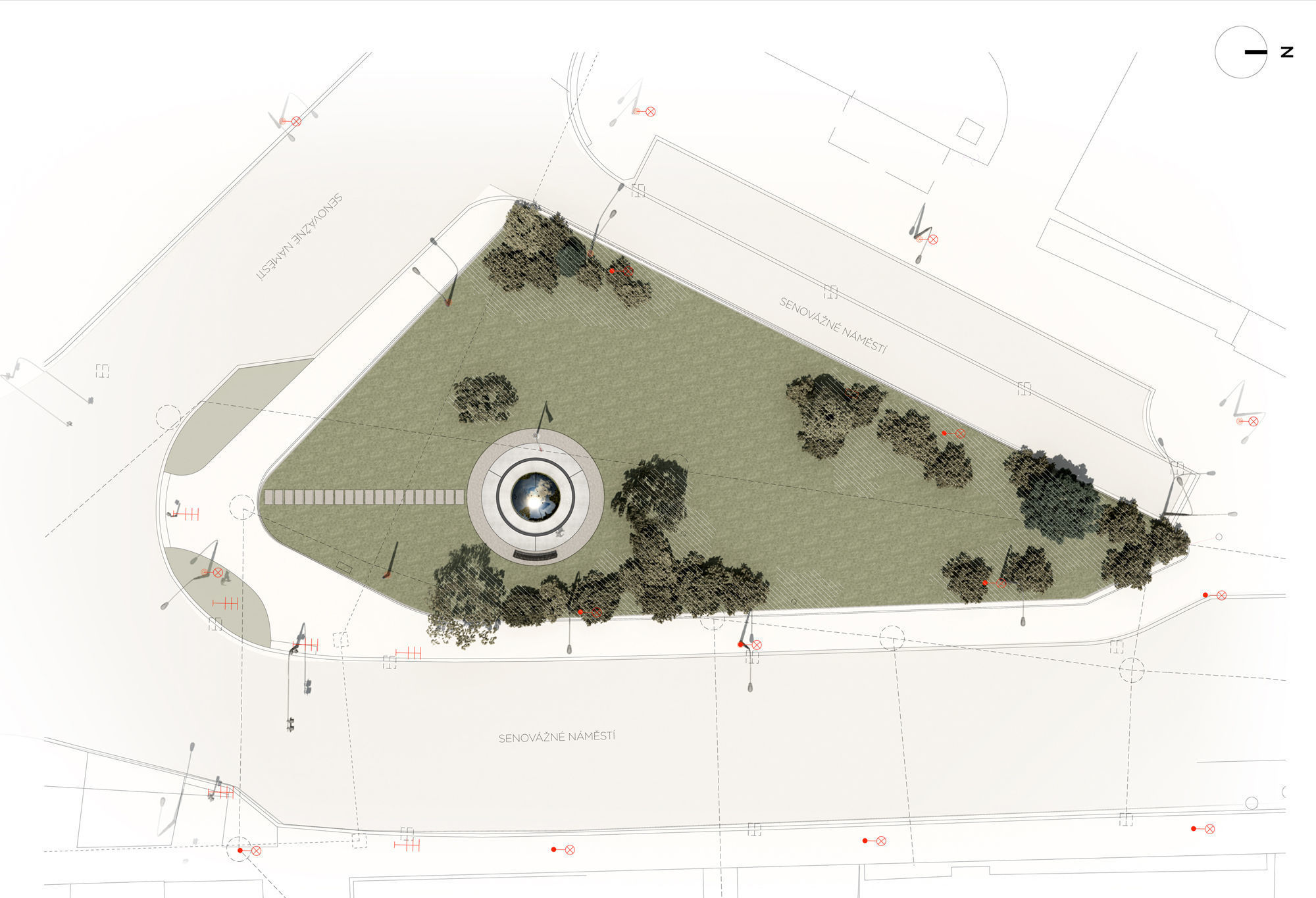 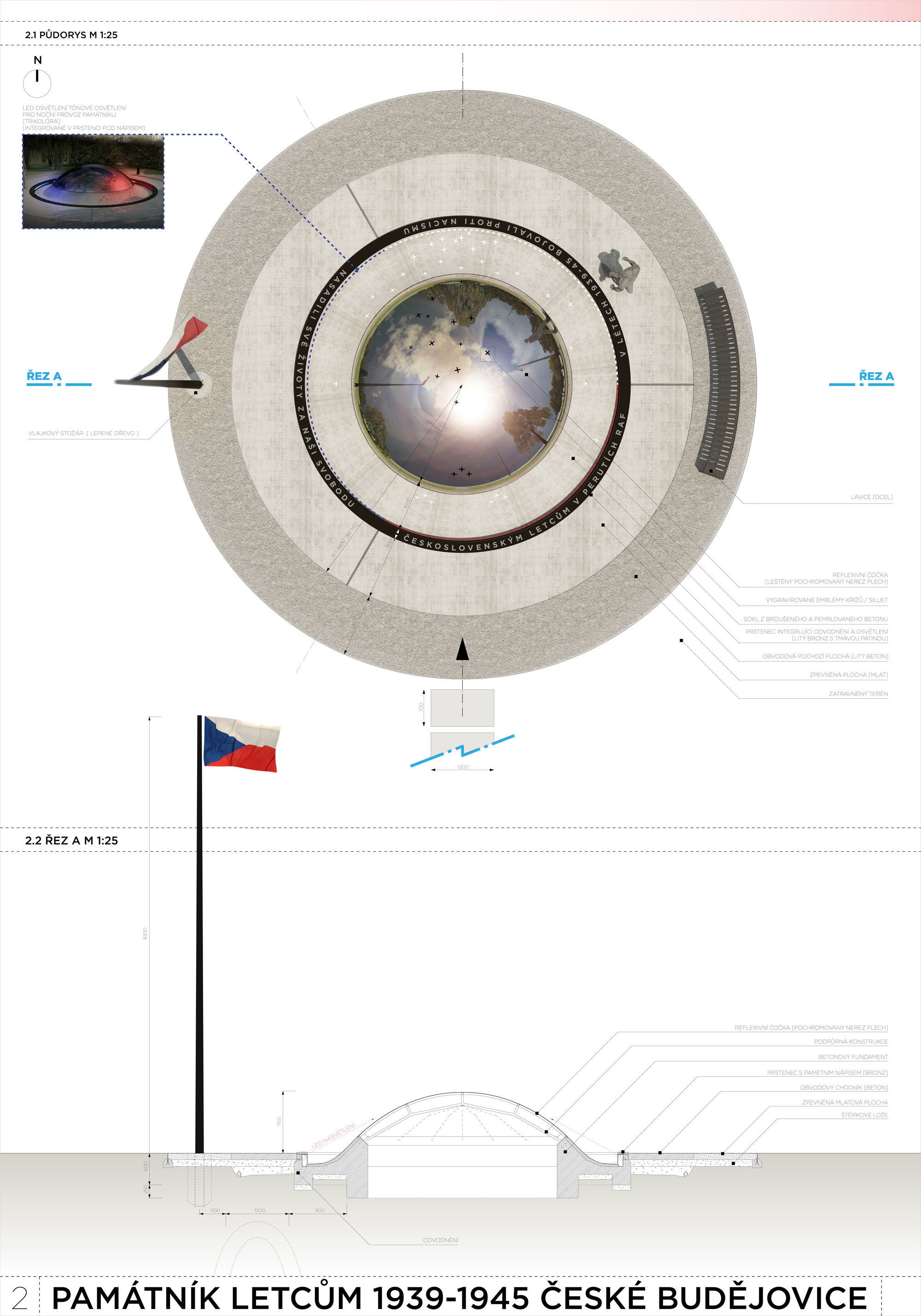