The proposal consists of the exposition of Baťa`s global collection, the native designer`s presentation stalls and the stylish fashion show. The simple grid of the cubic piedestals creates the central part of the installation. The minimalist orthogonal dispositon is clear and well arranged. Every product has it`s place and enough space to excel. Various heights of the piedestals and different used materials create the diverse environment and offer the free interpretation. As the model of the urban landscape where the shoes appear in the various spatial situations with the colorful mutual relations among them or just like a cultivated minimalistic installation which corresponds to the chosen industrial space. The piededstal`s levels don`t overshadow the designer`s stalls. They are conceived as the simple panels and work as the partitions between the installation and the background with it`\s storages either. Accompanying graphics and the thematic projection illustrates the ambience required for the target group.

The fundamental part of the fashion show design is the simple longintudial pier. The radiuses freely corresponds to the funcionalistic buildings where Baťa department stores usually take the place in Czech republic. The large format backdrop wall with the branding serves as the accompanying projection. Because of the primary focus to the footwear the common scheme of the fashion show is completed by the original element of the suspended frame. The level of the lowest edge creates the line running along. The attention of the spectator is naturally drawn to the level of the shoes. The every second frame is covered by the transclucent canvas. Like this construction doesn`t create the barrier. It doesn`t decrease the social atmosphere. It`s the next element drawing the attention to the focus. Instead of the main backdrop these panels are used for the projection either. Interconnection of all increases the experience intensity. The frame is designated as the dynamical element and it`s possible to move it up above the pier during the VIP party. The important part of the proposal is replacing the former chairs by the unobtrusive black stools as the audience seats. 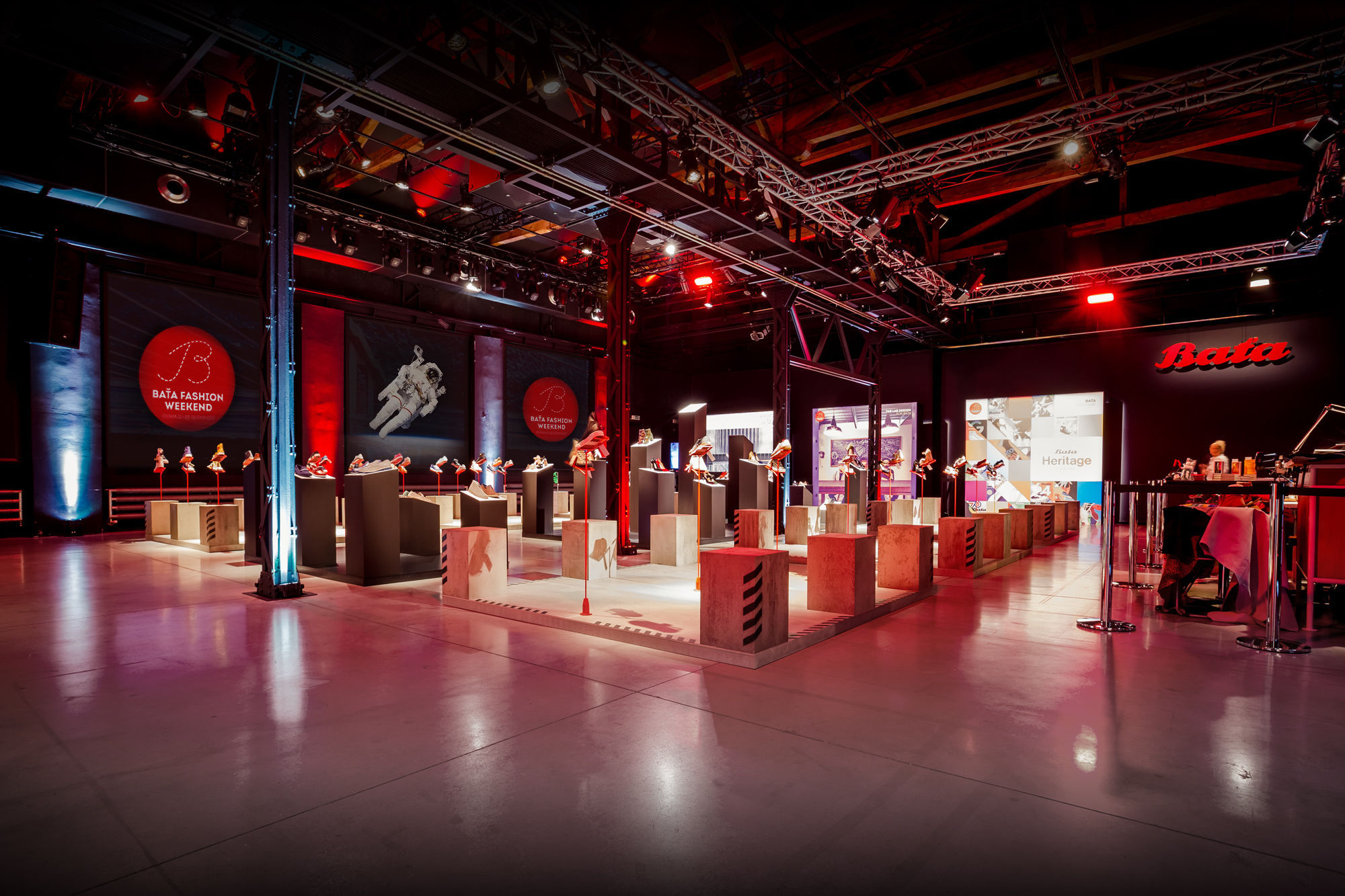 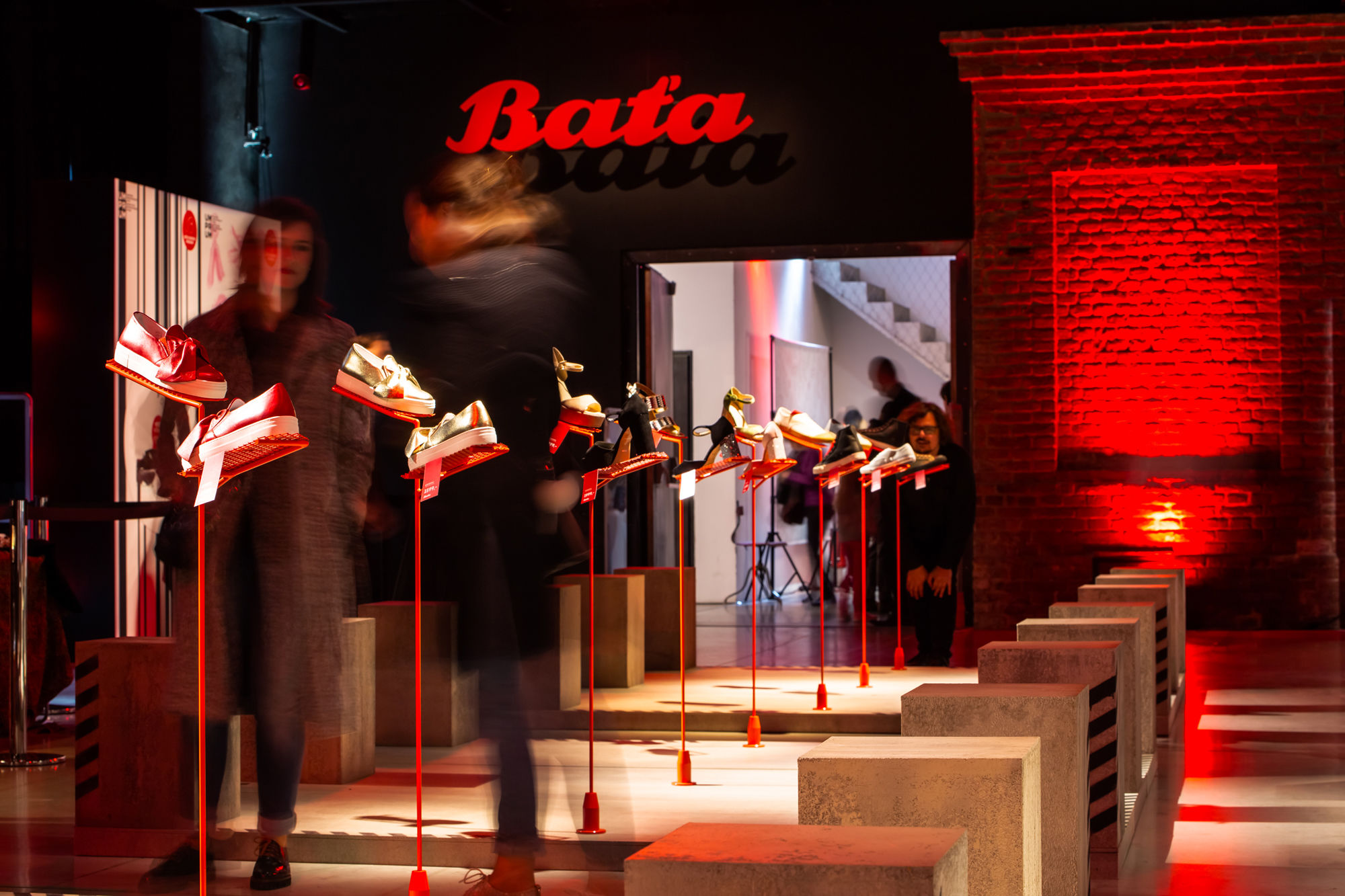 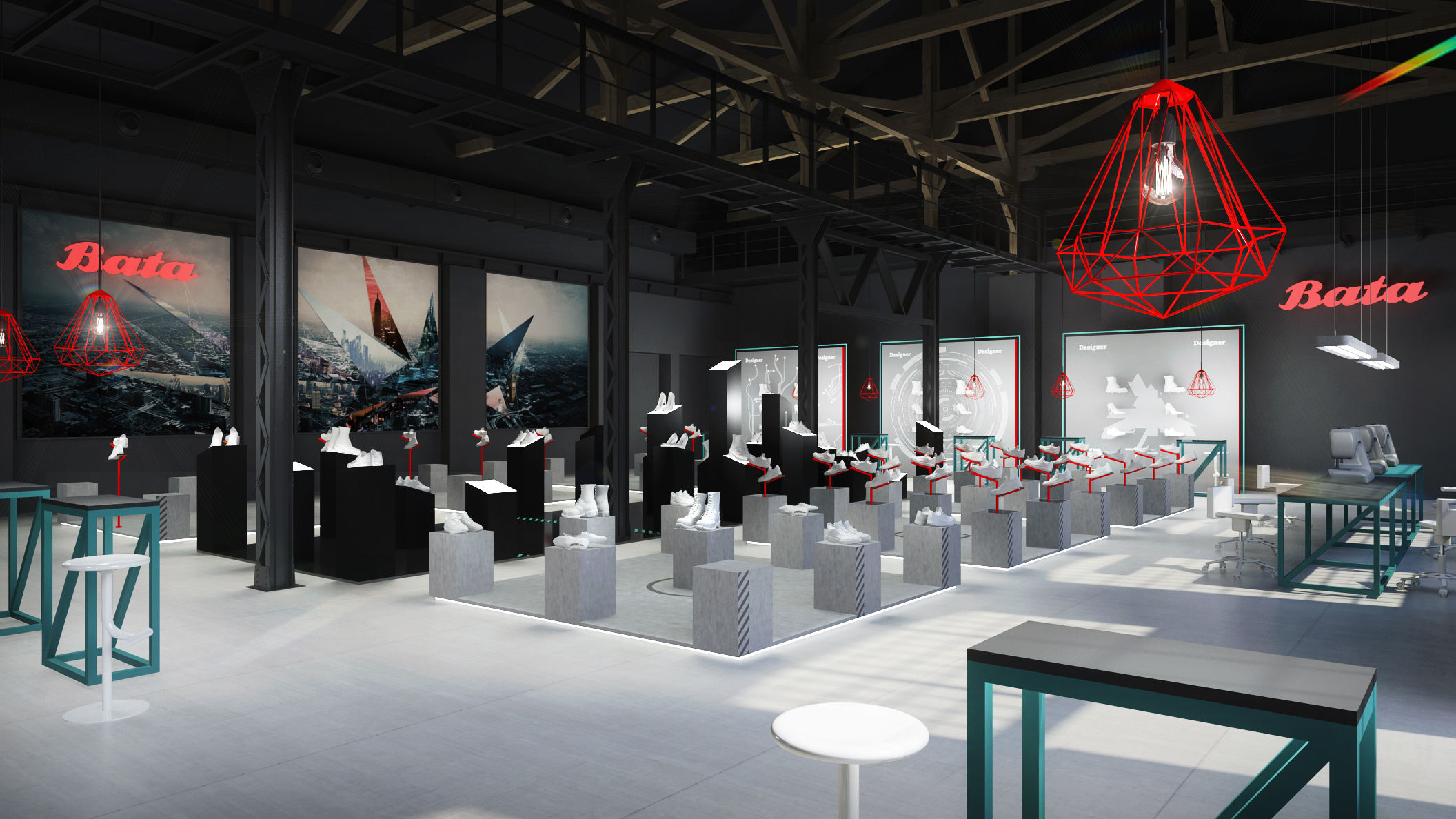 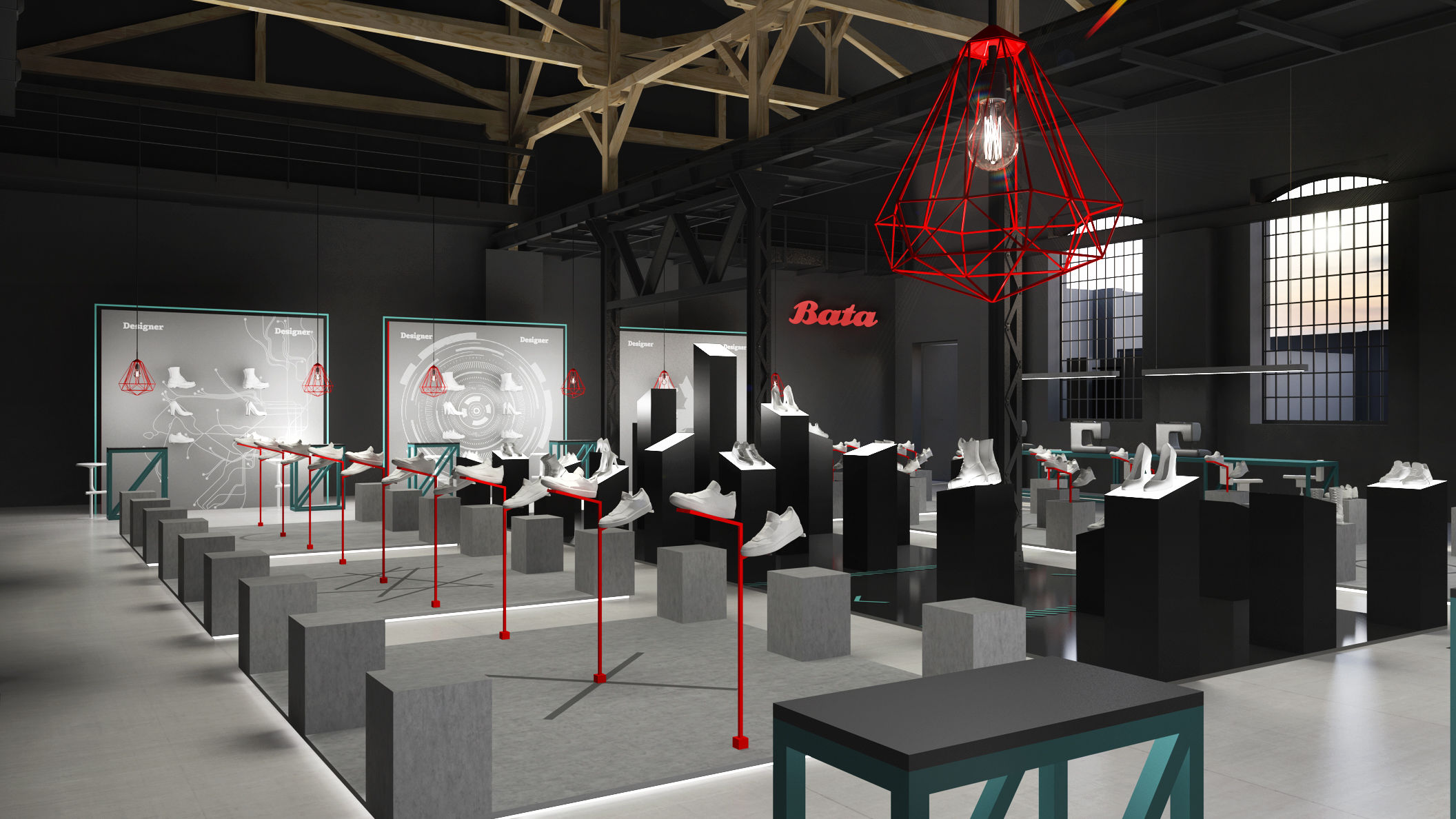 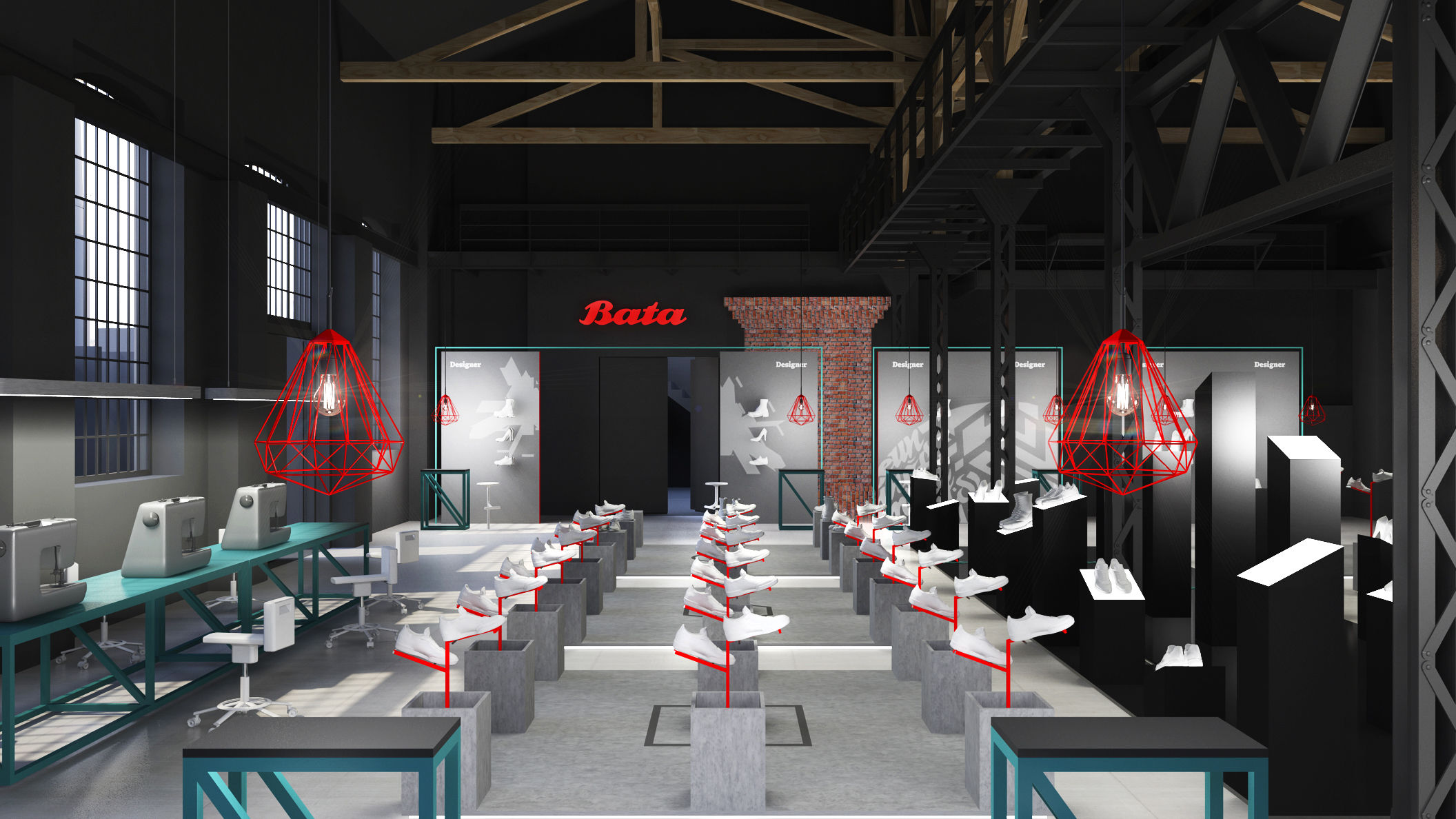 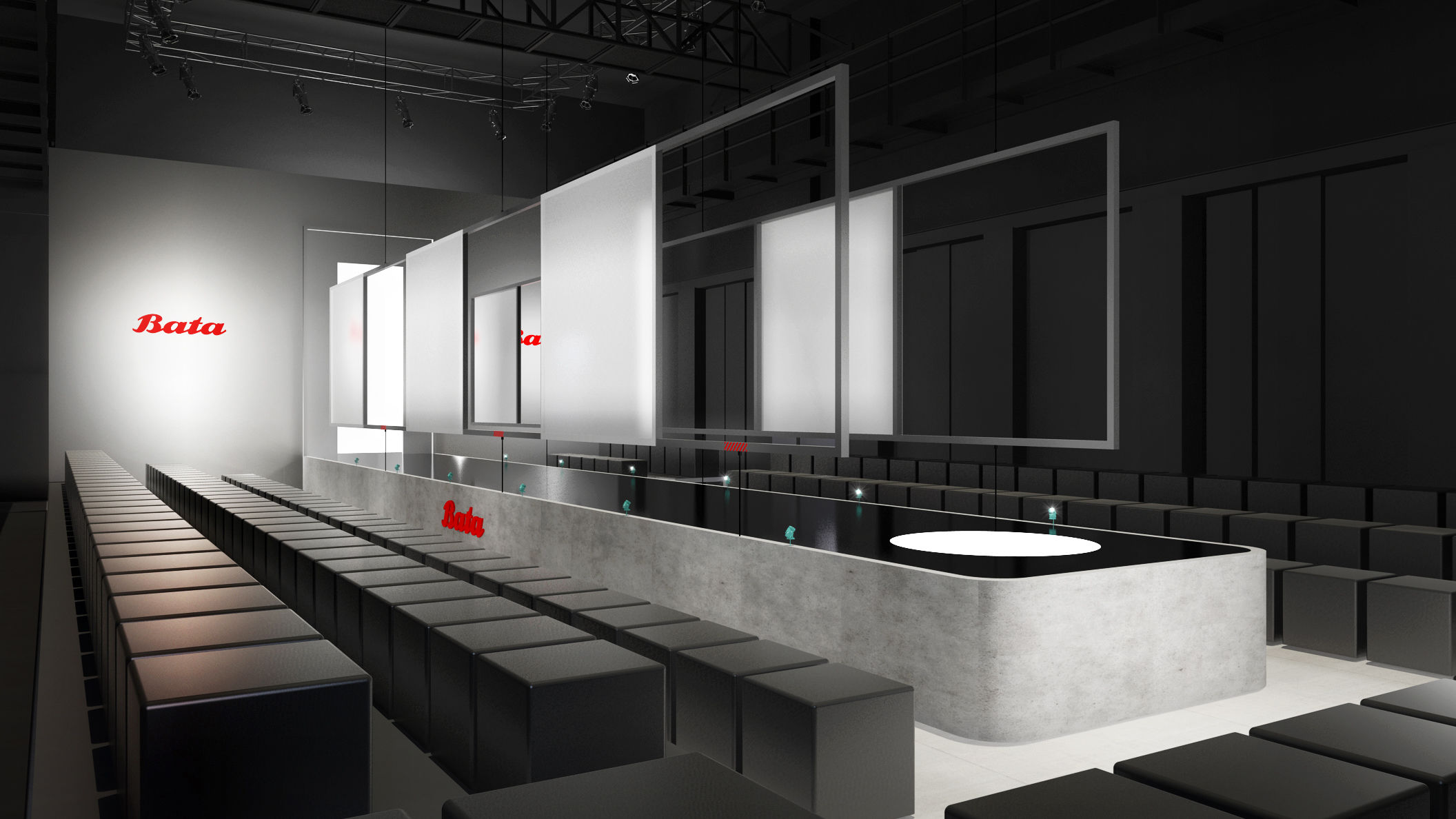 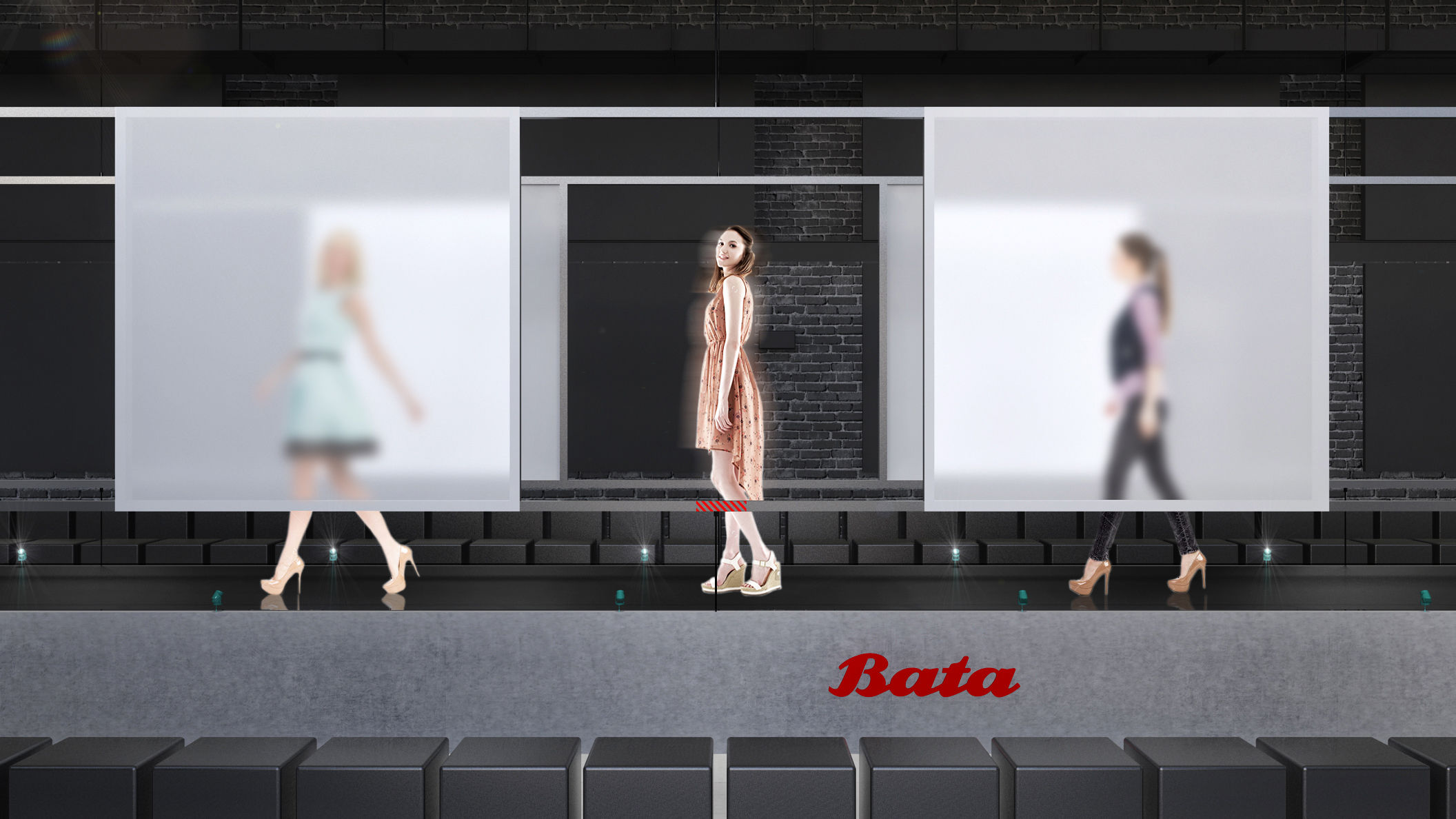 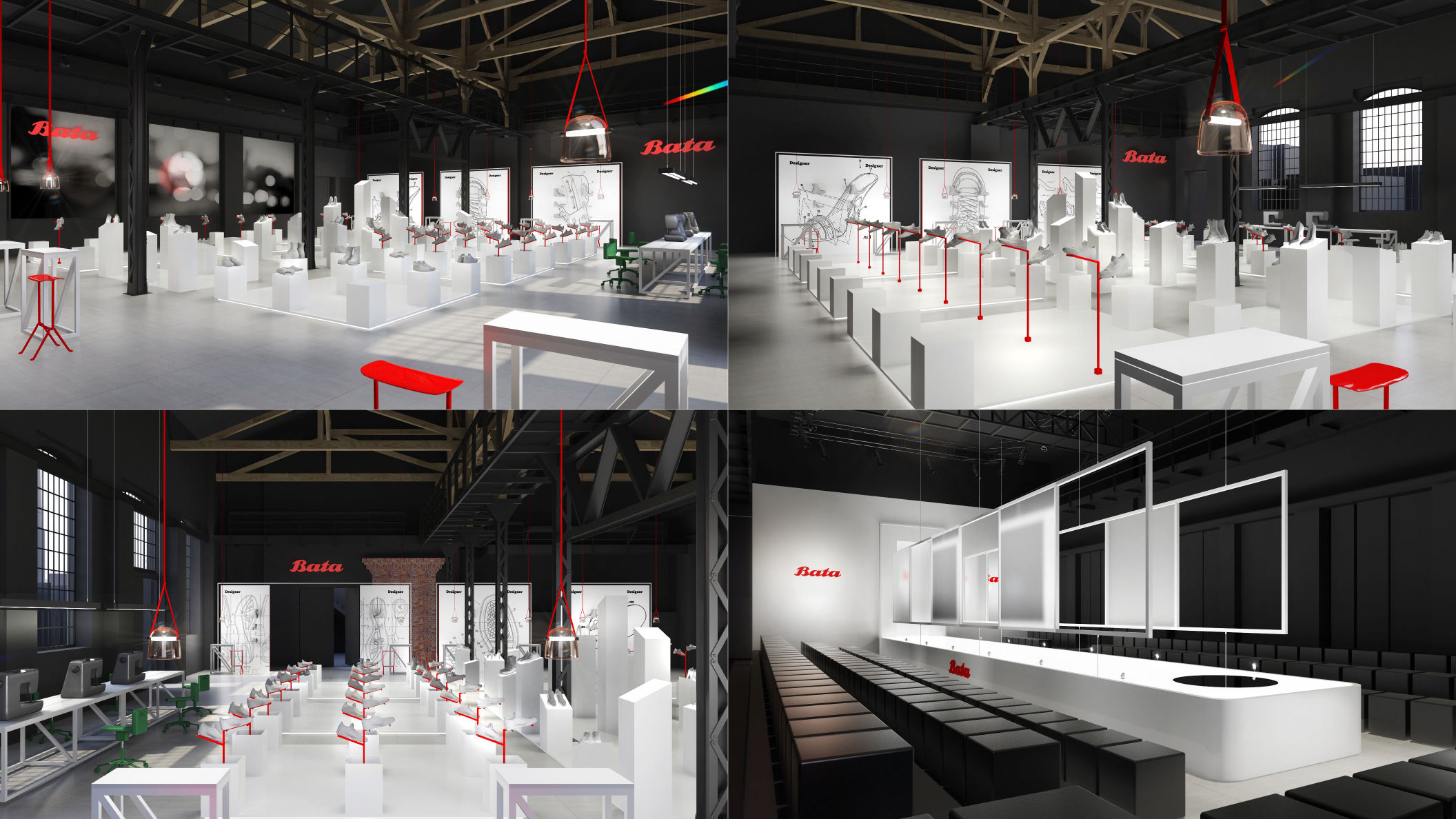