Dignified topic of St. John of Nepomuk finds itselfs in the neglected area of the roundabout. It`s surrounded by the heterogeneous urban space - gas station with it`s significant advertising panels, storage area, public lighting columns and the traffic signs which are directly interfering the site. Location requires an unambiguous object using aesthetics of peripheral world and hyperbole to merge unconsistent. It is proposed as a stylized road pointer and it`s freely inspired by the forms of minor architecture, typical for the czech baroque landscape. The era when the St. John`s cult was popular the most. And the memory of him and his art rendtitions are closely linked to it.

The stone looking plinth mass with the engraving of J | N initials definitely marks important place with dignity. The horizontal line dividing both letters references to the water surface and Jan`s drowning. Vertical "pointer" with the NEPOMUK sign is clearly visible from the distance. Bold red color looks appropriate among the traffic signs and the other placards. The five centripetal beams with six-pointed stars result of the St. John`s iconography. It freely connects the motive of constellation and the traffic world. The semi-recessed lights in the green central island are arranged to the pentagon and they reminds the reflection of the upper milled stars "at the sky". According to the legend the constellation appeared on the water surface after Jan`s drowning. 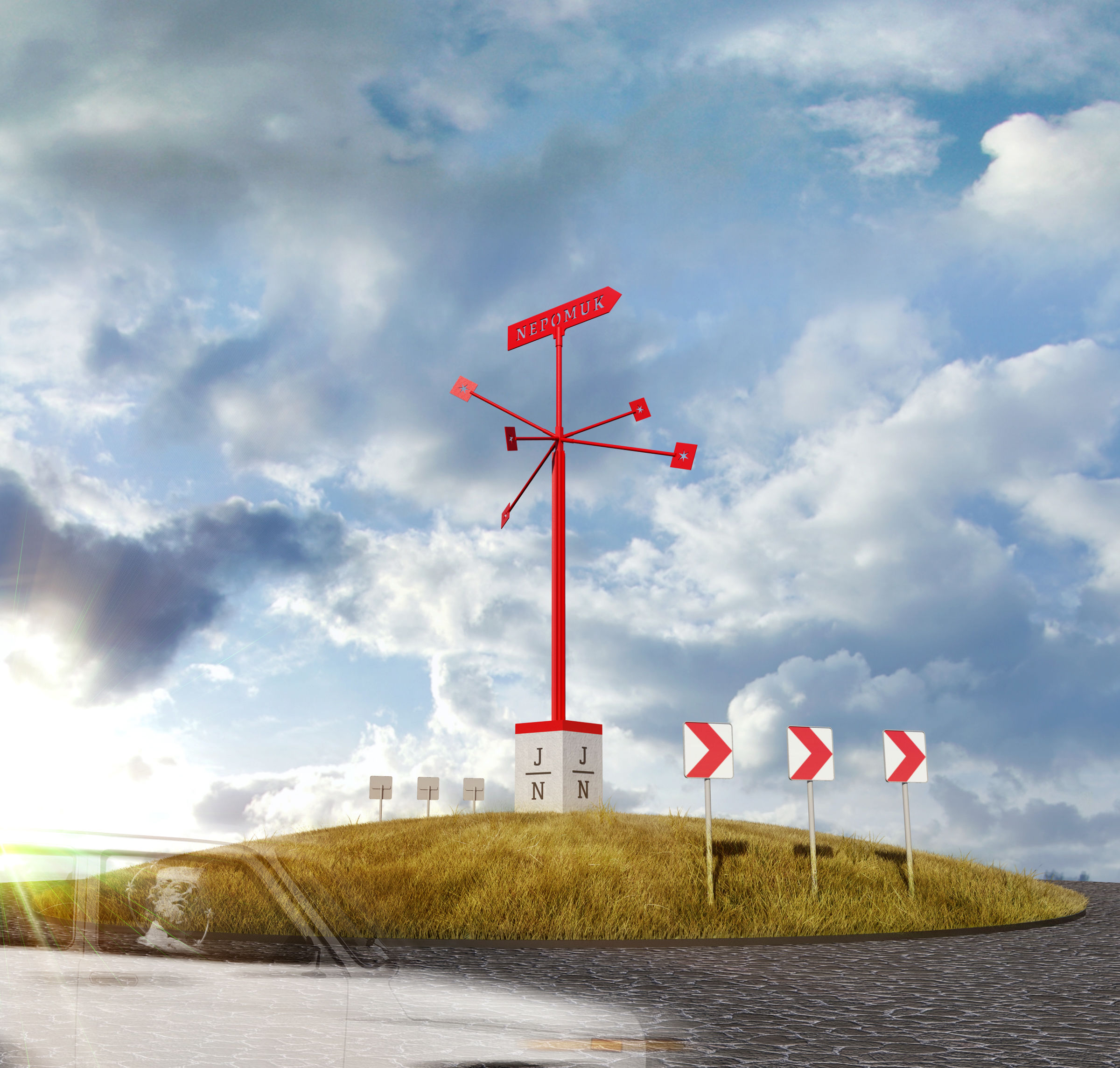 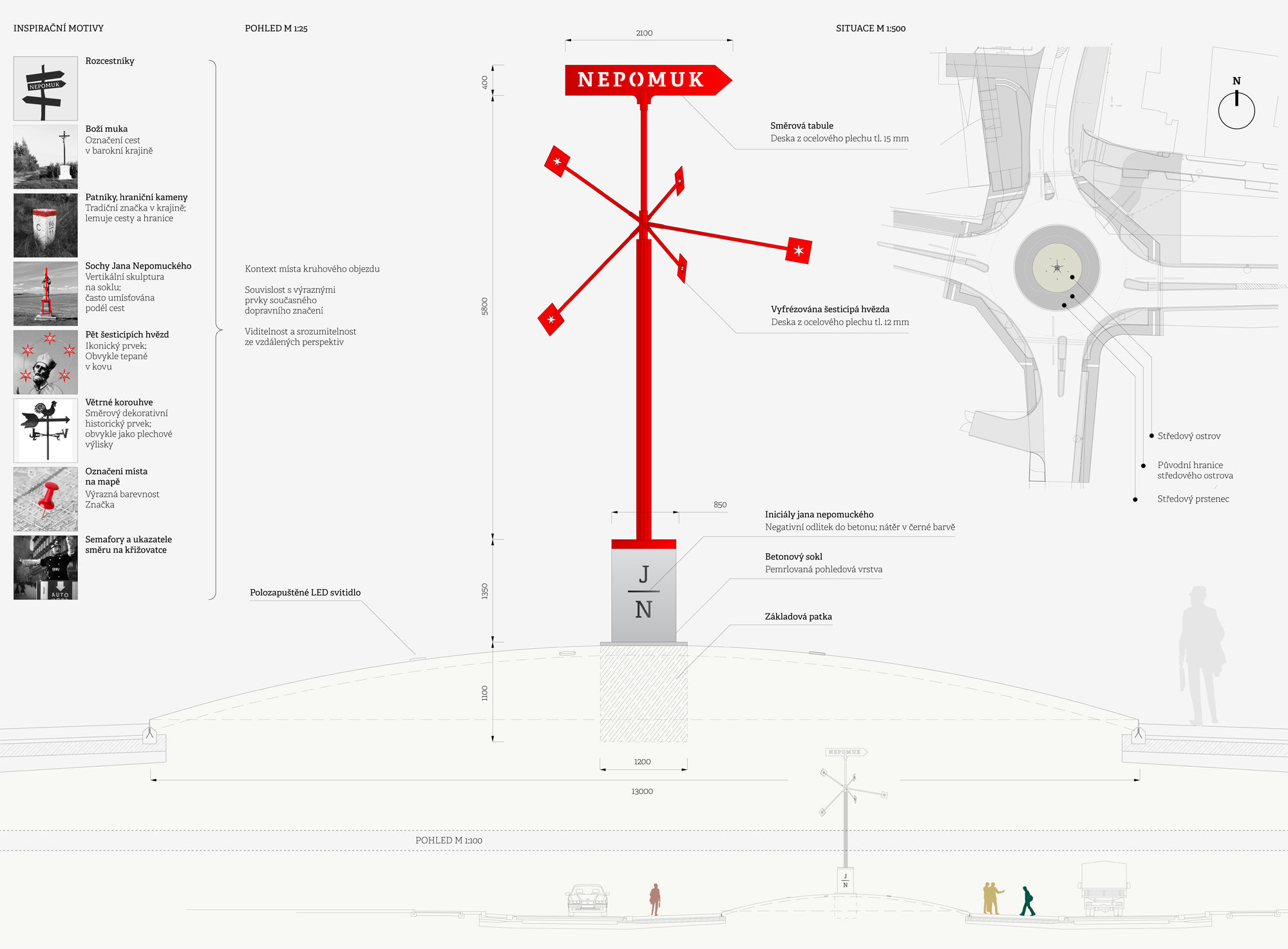