The fundamental principle of the proposal is the complex revitalization and creating the new attractive city environment by pointing at it`s former urban context. The site takes the place of boundary between conservation area of historical part of Munich and administrative blocks with minimal potential of development of services and culture. Nowadays the quiet heterogenous location is characterized by a technical infrastructure also. Main intention was to bring environment with a varied life and reintegrate the street to the pedestrian ring around the old city. It consist of variable green public space and vertically structured high rised longintudial building. Vertical layering of functions instead of spreading required square meters to the area brings the public space to the street level. It`s levels are connected from the public ground up via comfortable ramps, staircases and small pedestrian bridge across the road. Proposed club, daily used as a café/cinema-café, restaurant or as a music club, theatre, cabaret with all necessary service spaces is accessible from both public levels. Shaping of the building mass is derived from the motif of the fortification with the city gates and fragments of the battlements. Iconical mass reminds forgotten boundary of the former city core. The Herzog-Wilhelm Strasse layout preseves the former alley of the grown trees and offer varied program primarily. Public space is created by the main axes of the alley surrounded by the leveled concrete desk with seating in the niches under the trees. Dominant component is the recessed plaza. The small arena used for city sport activities with special function - winter ice rink. The concrete fragments of the skatepark are situated in the south part close to the Sendlinger Tor. There is unique bionical city furniture proposed for the whole site. 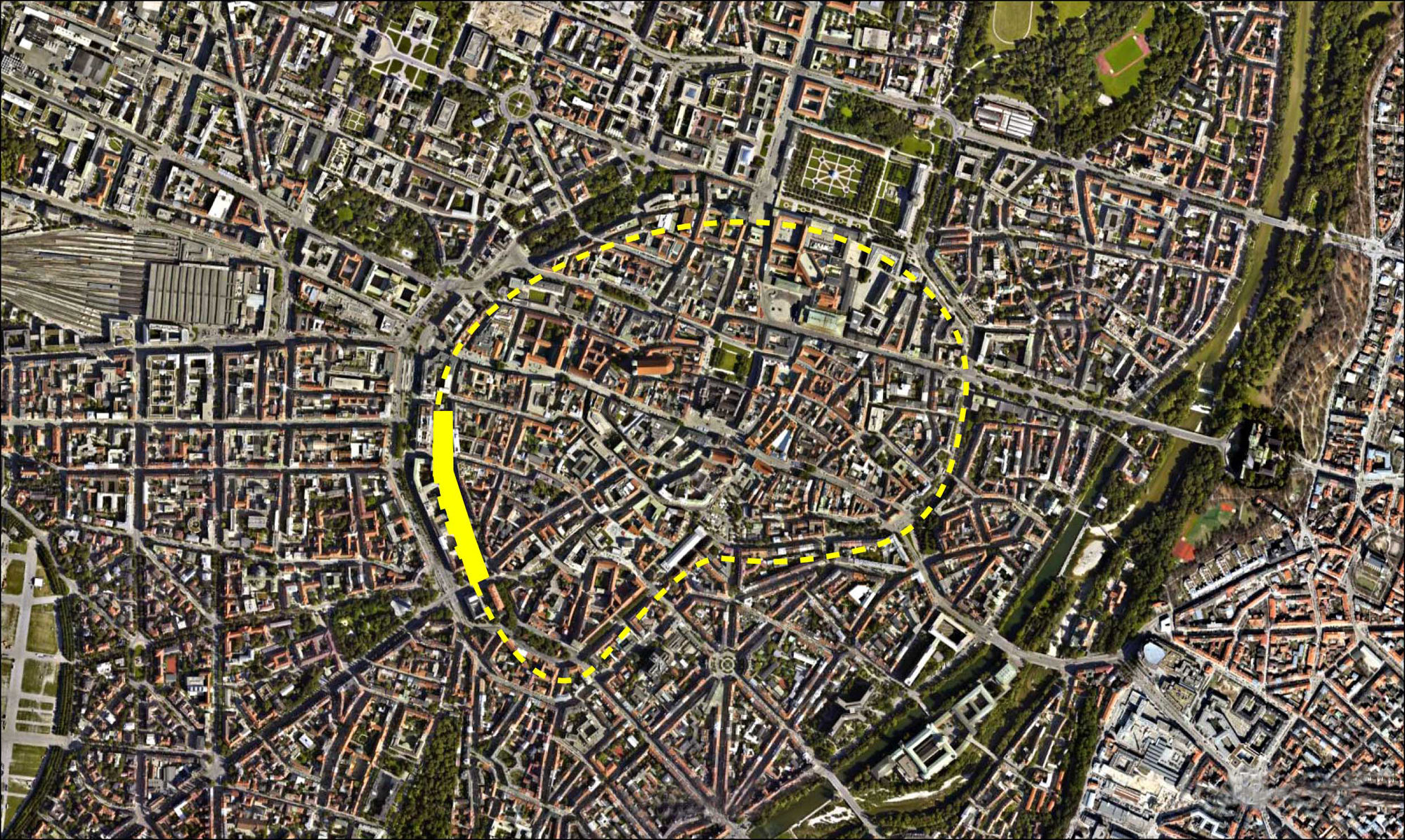 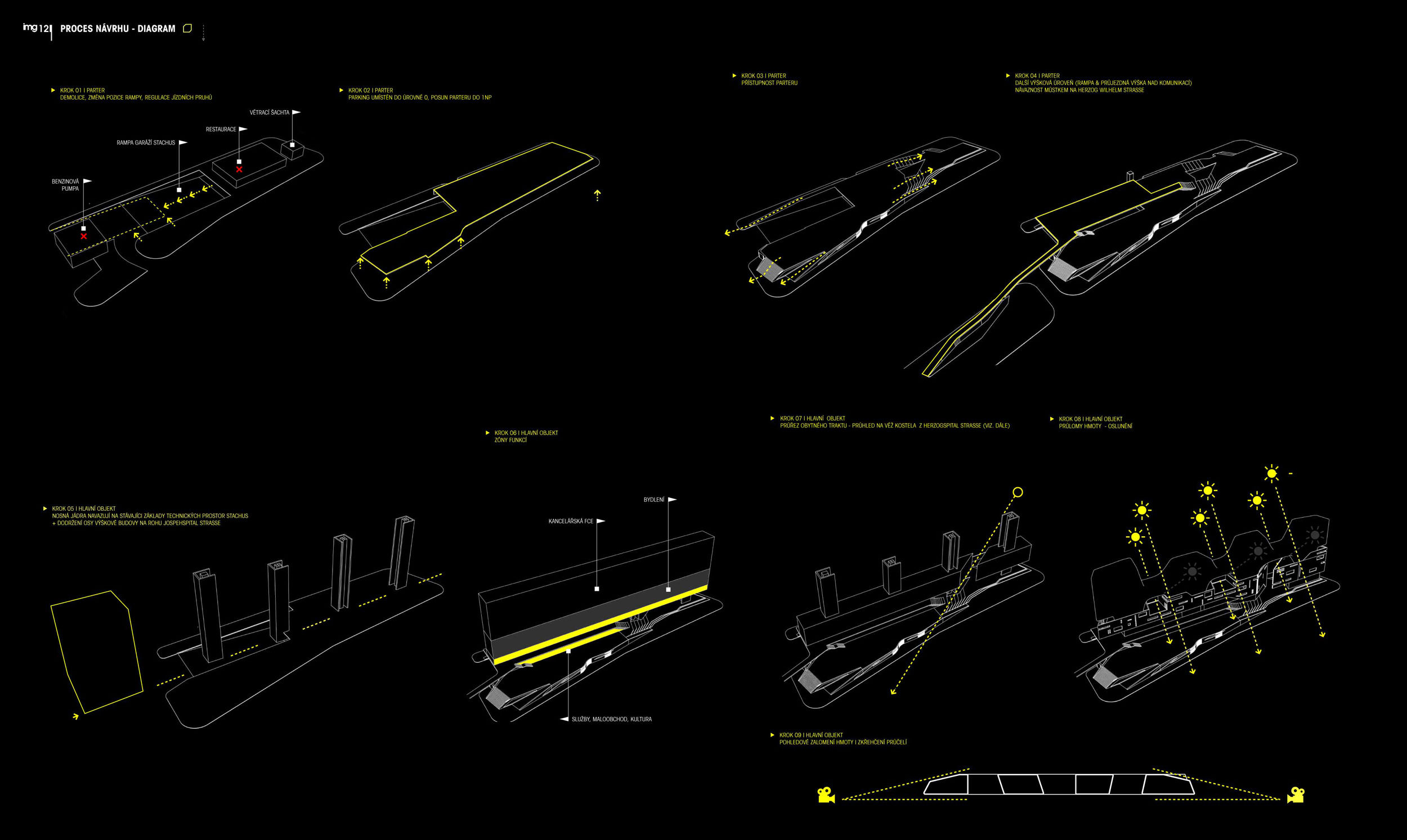 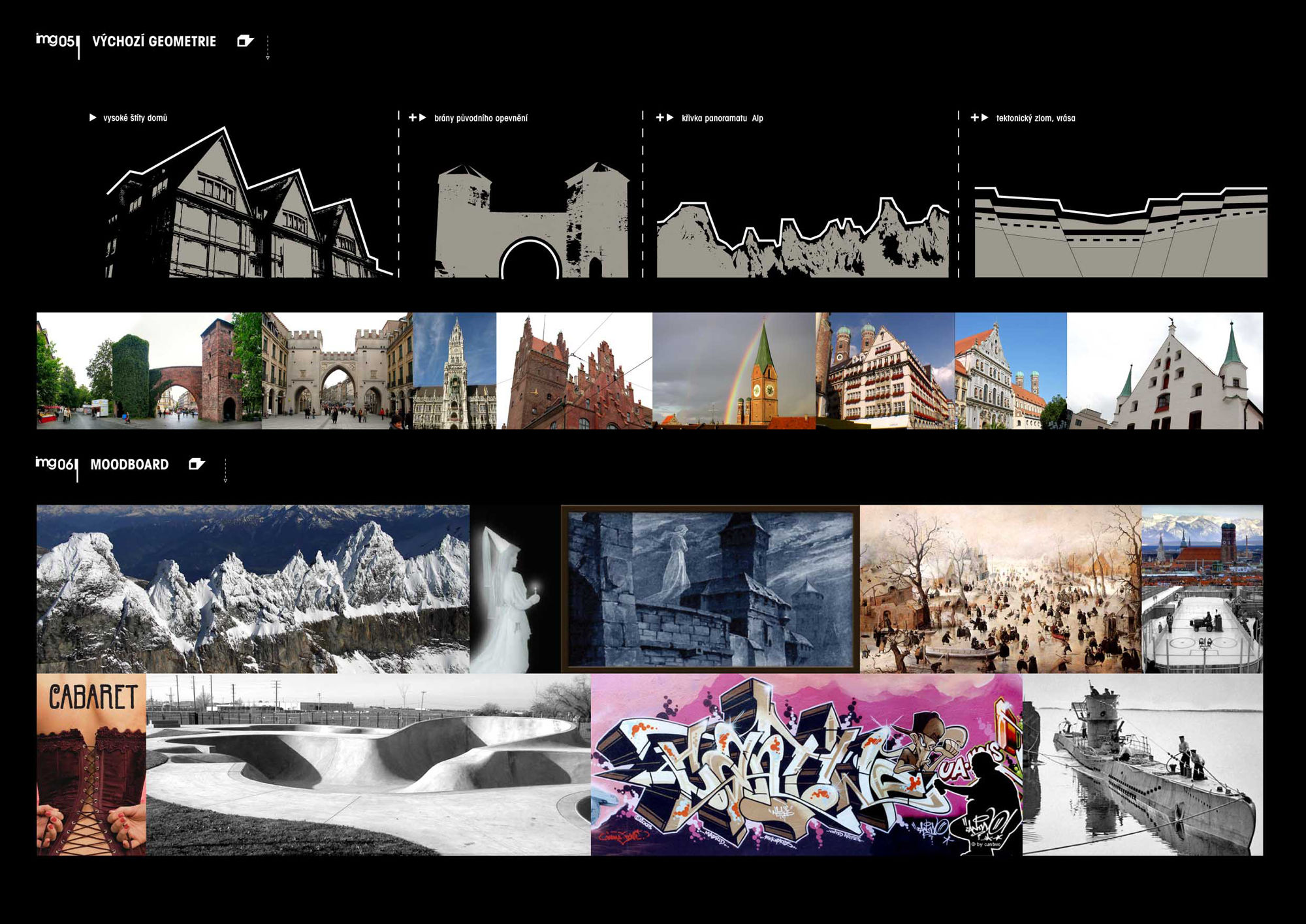 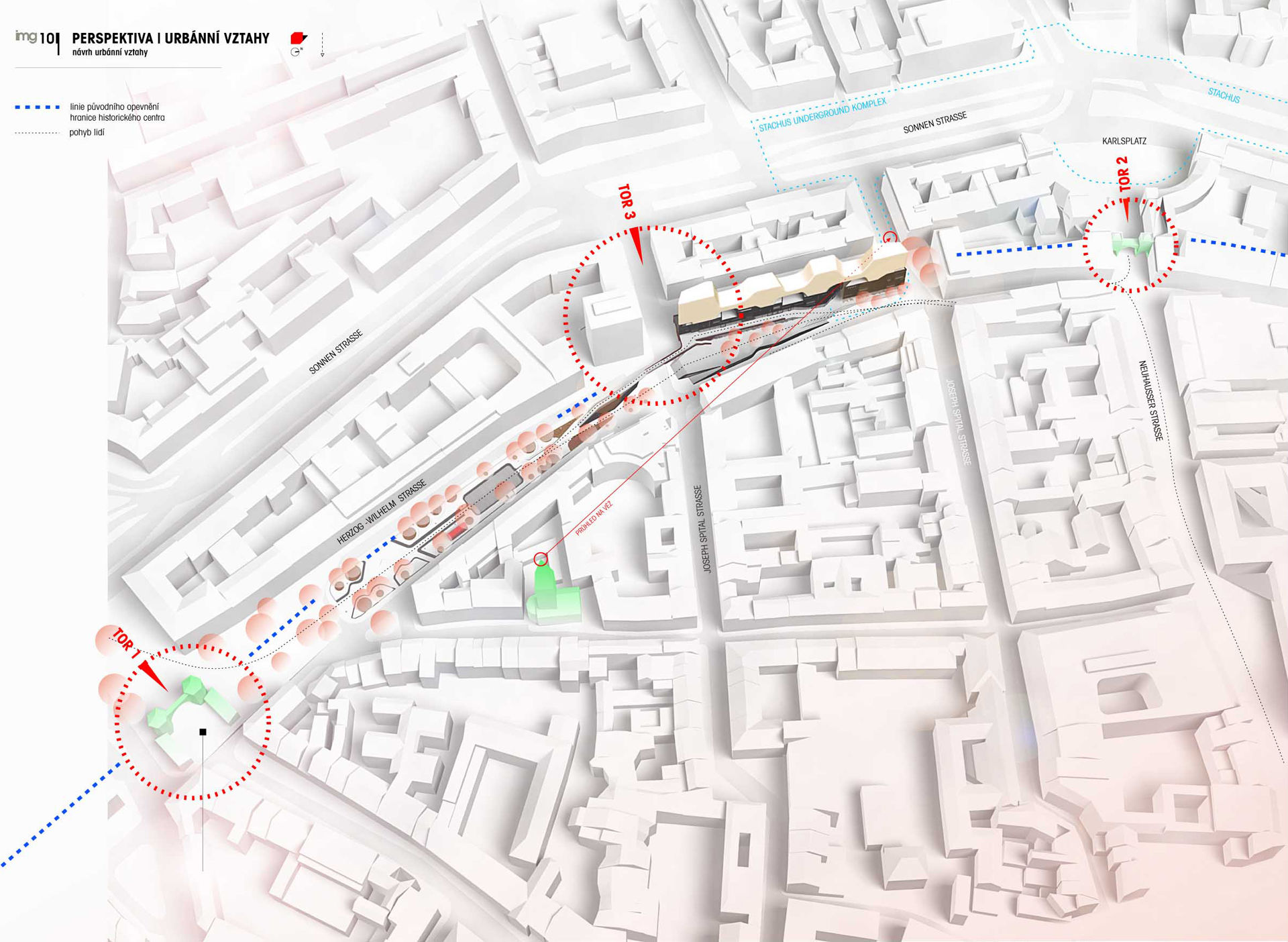 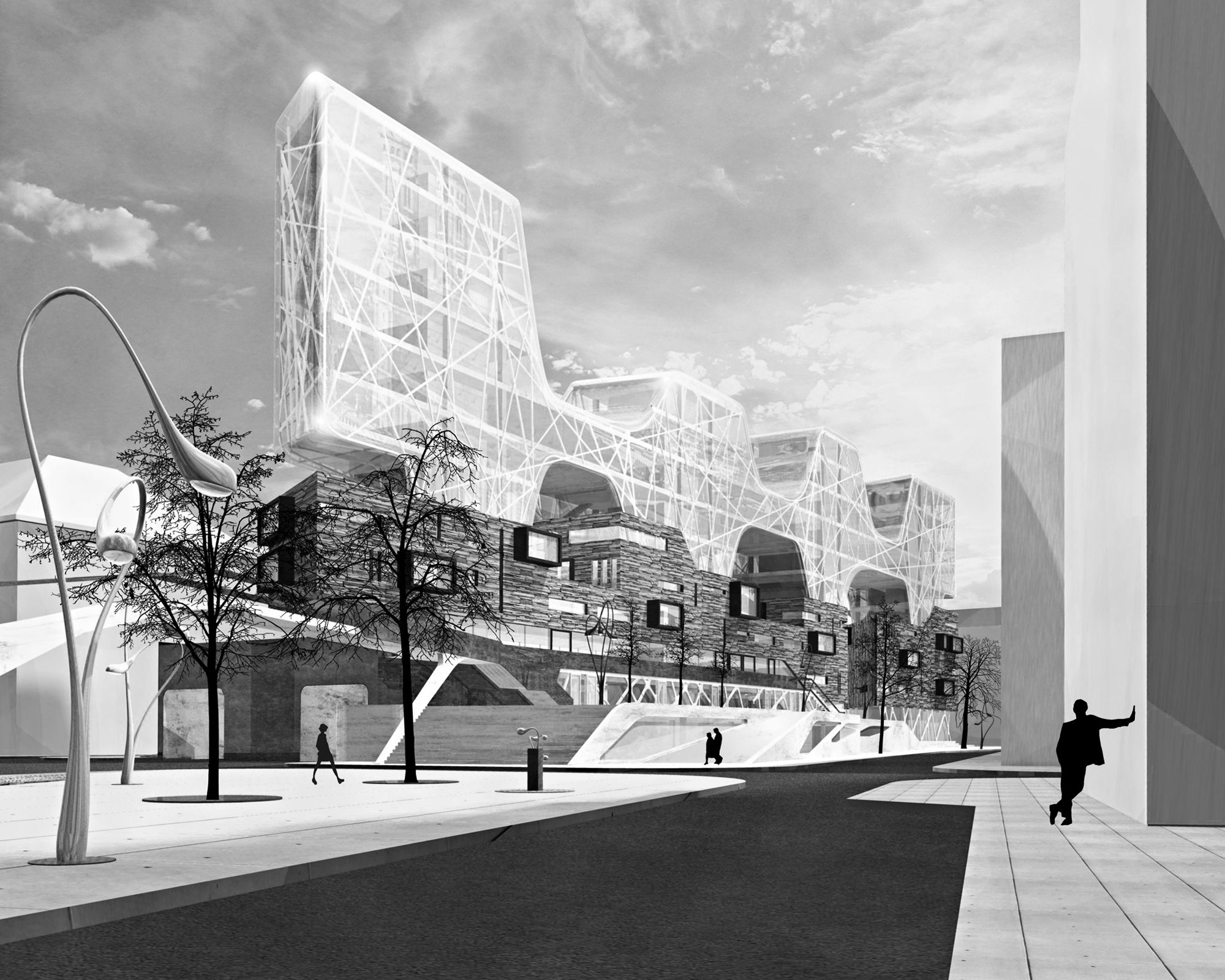 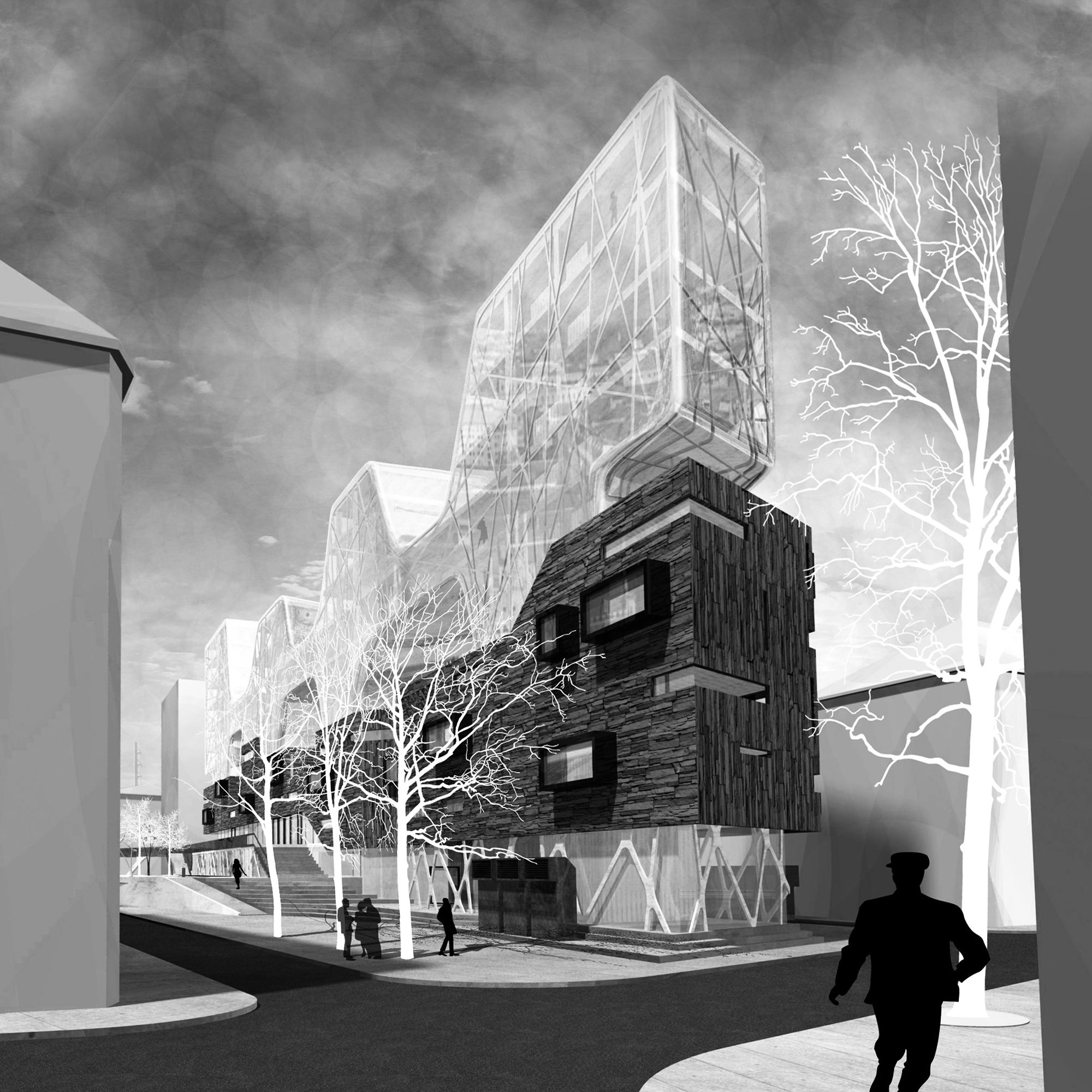 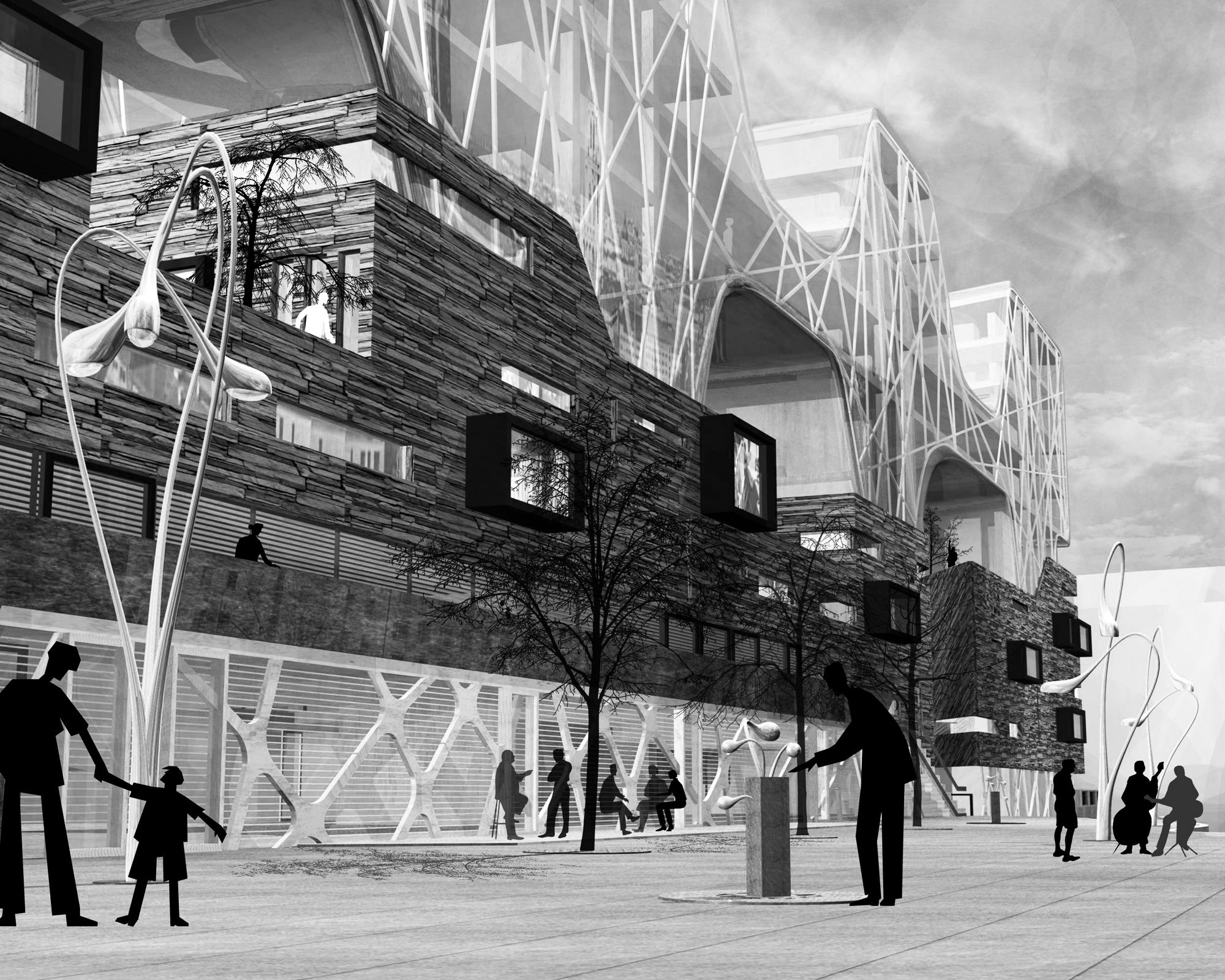 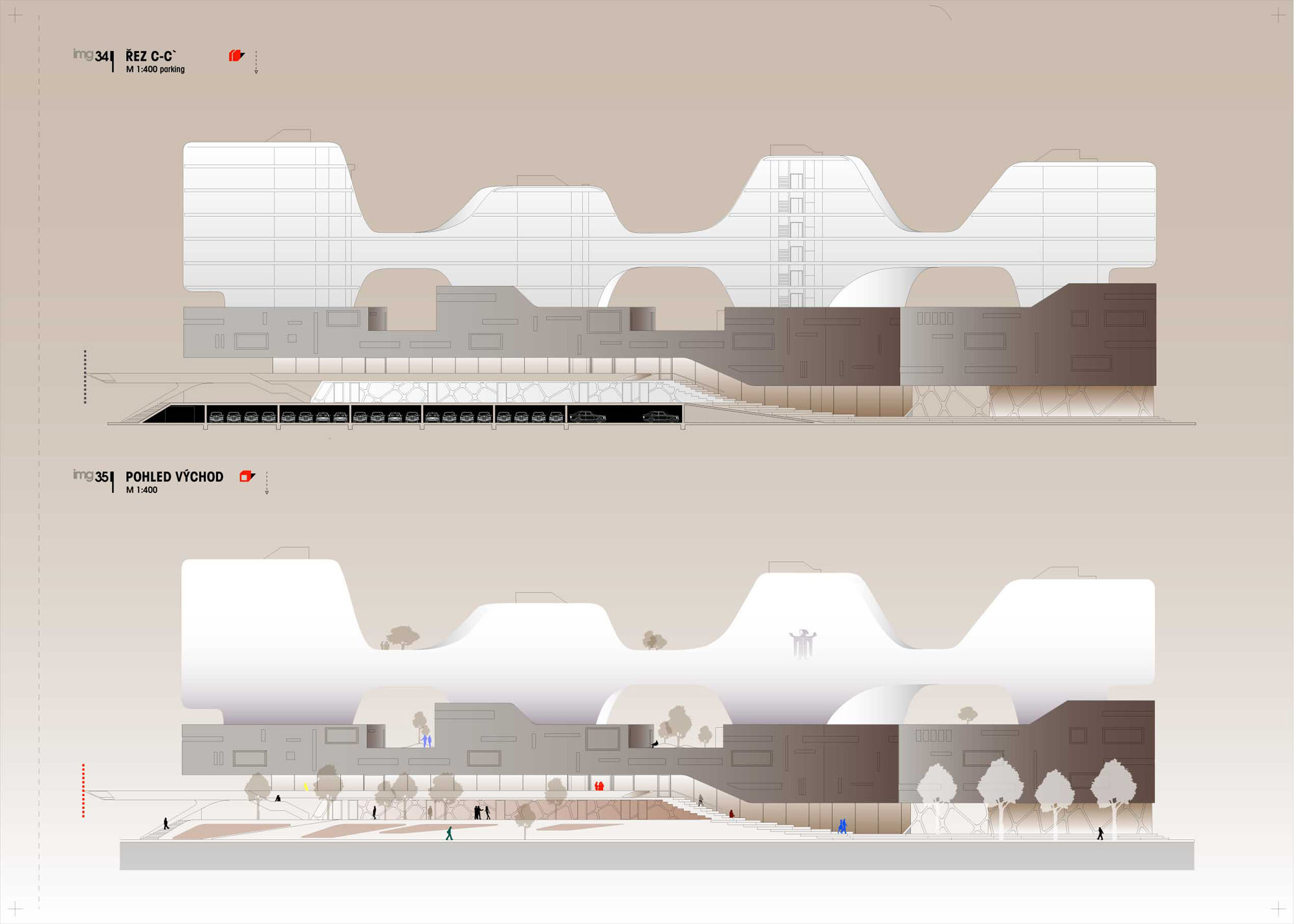 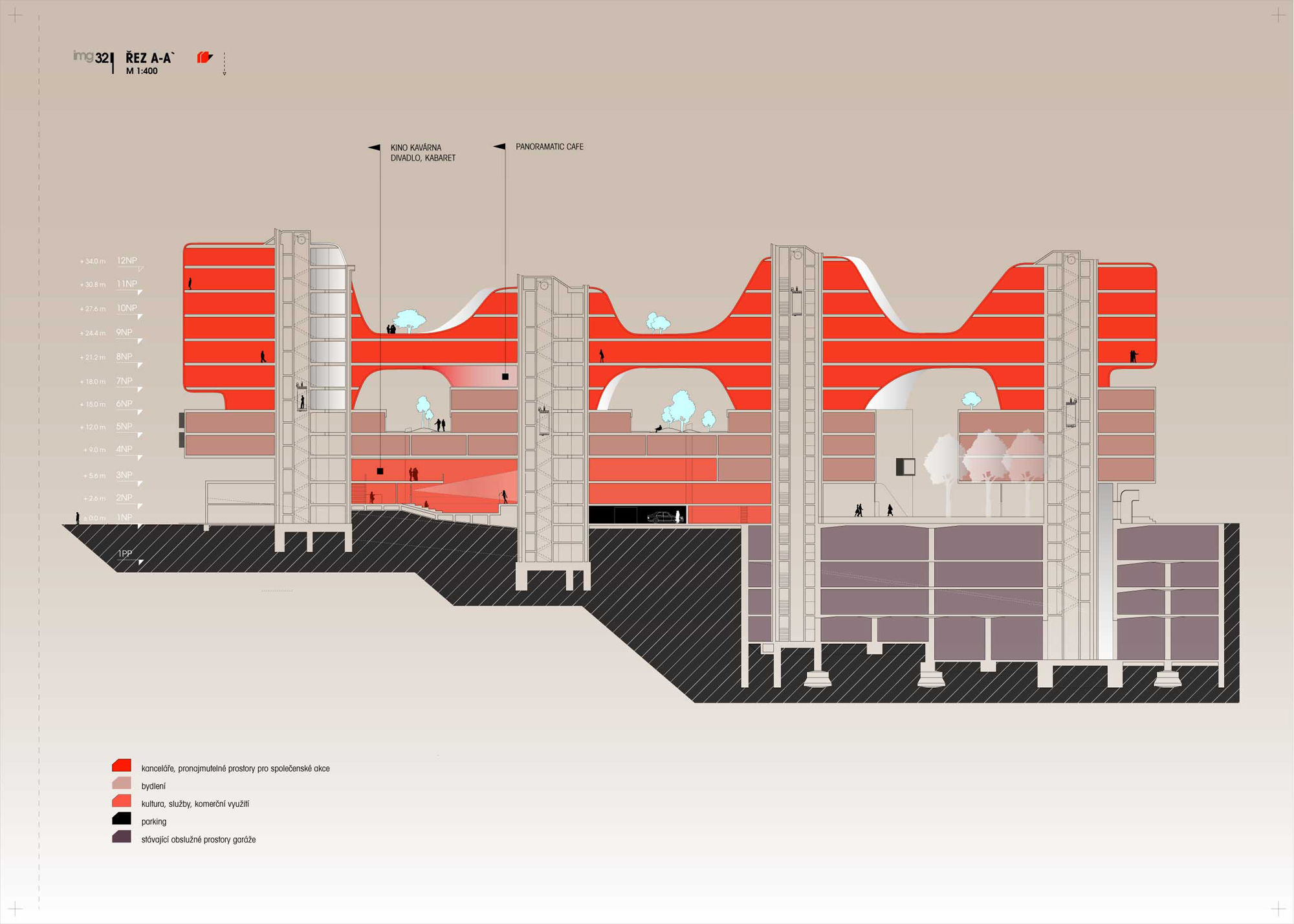 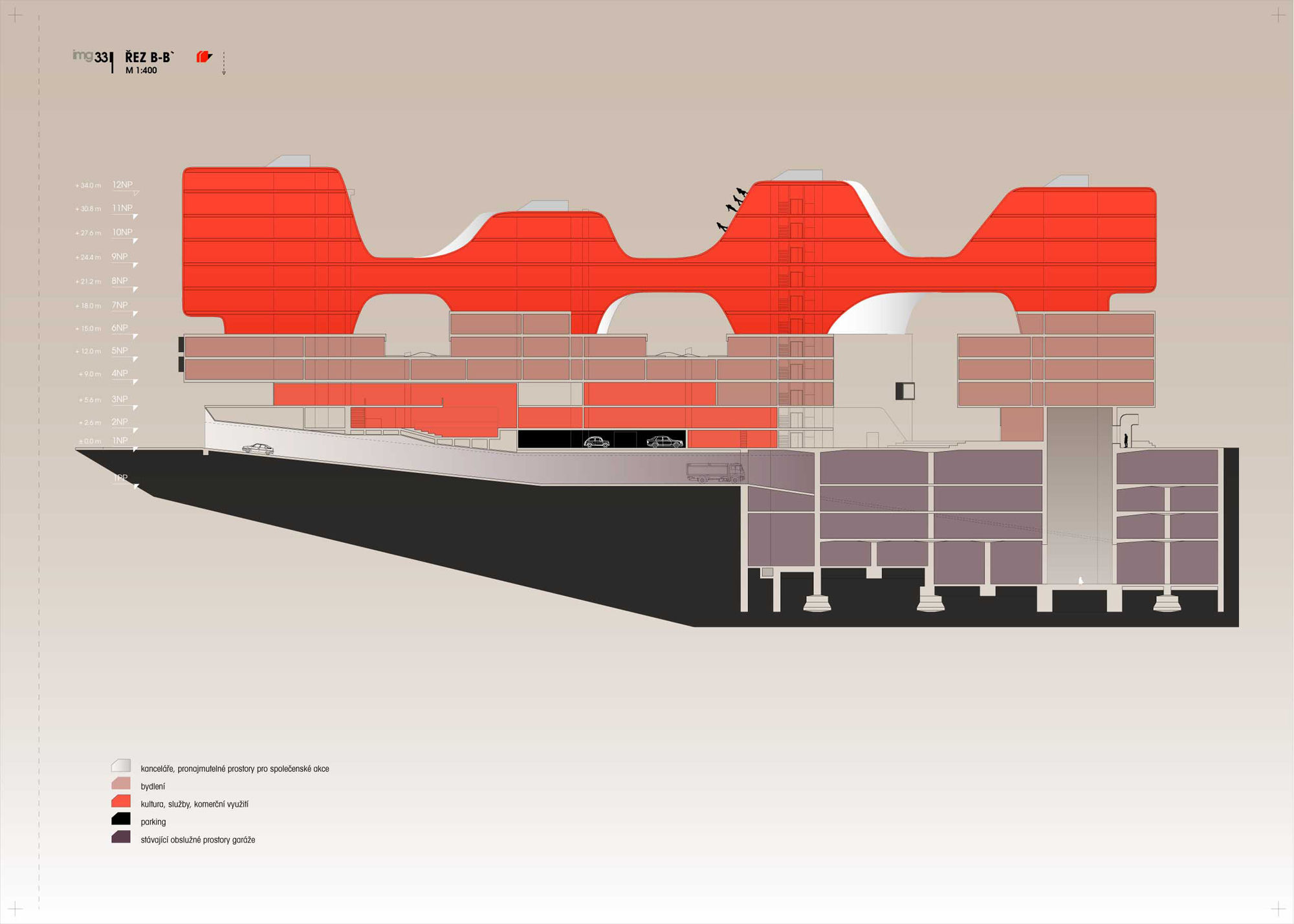 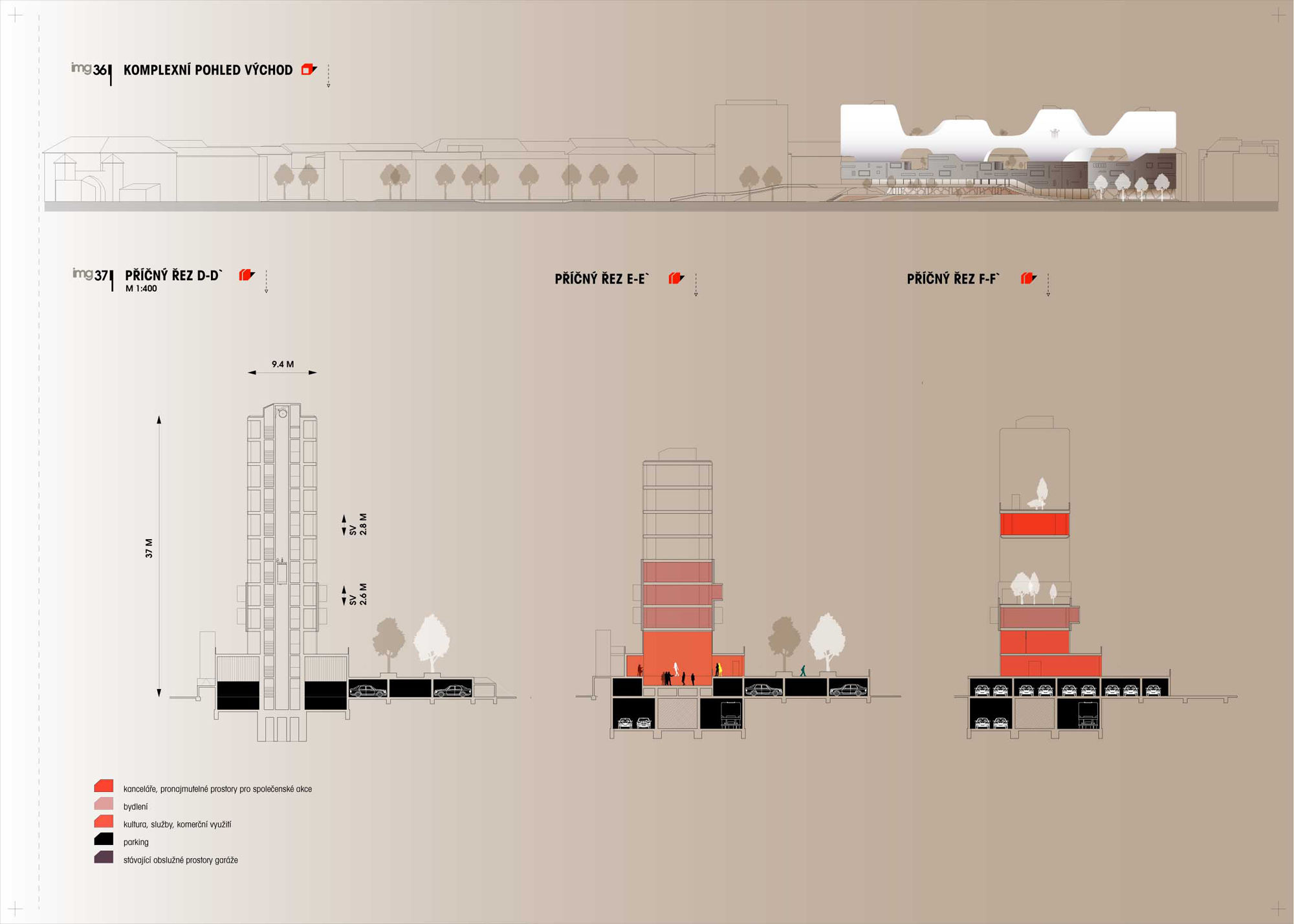 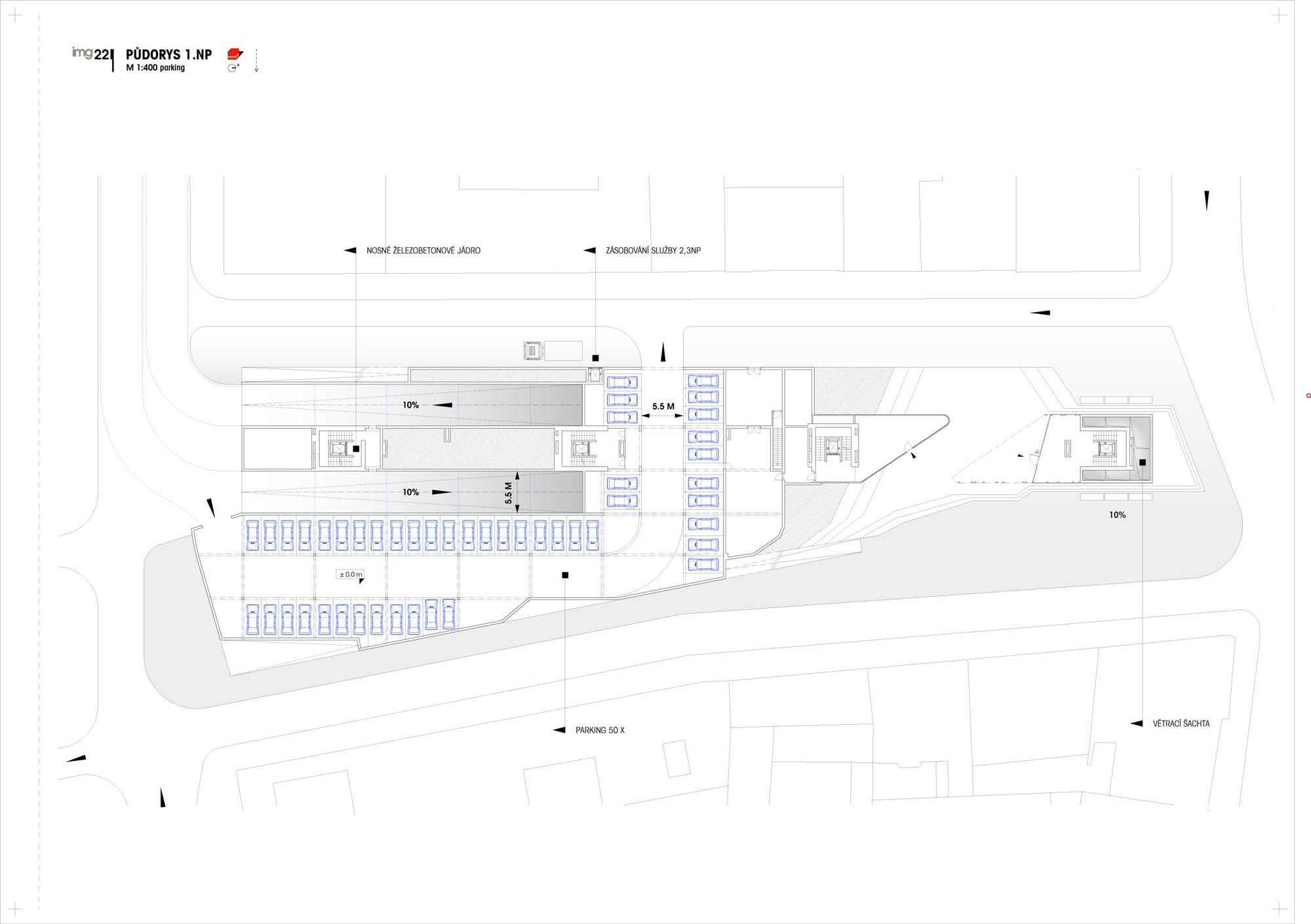 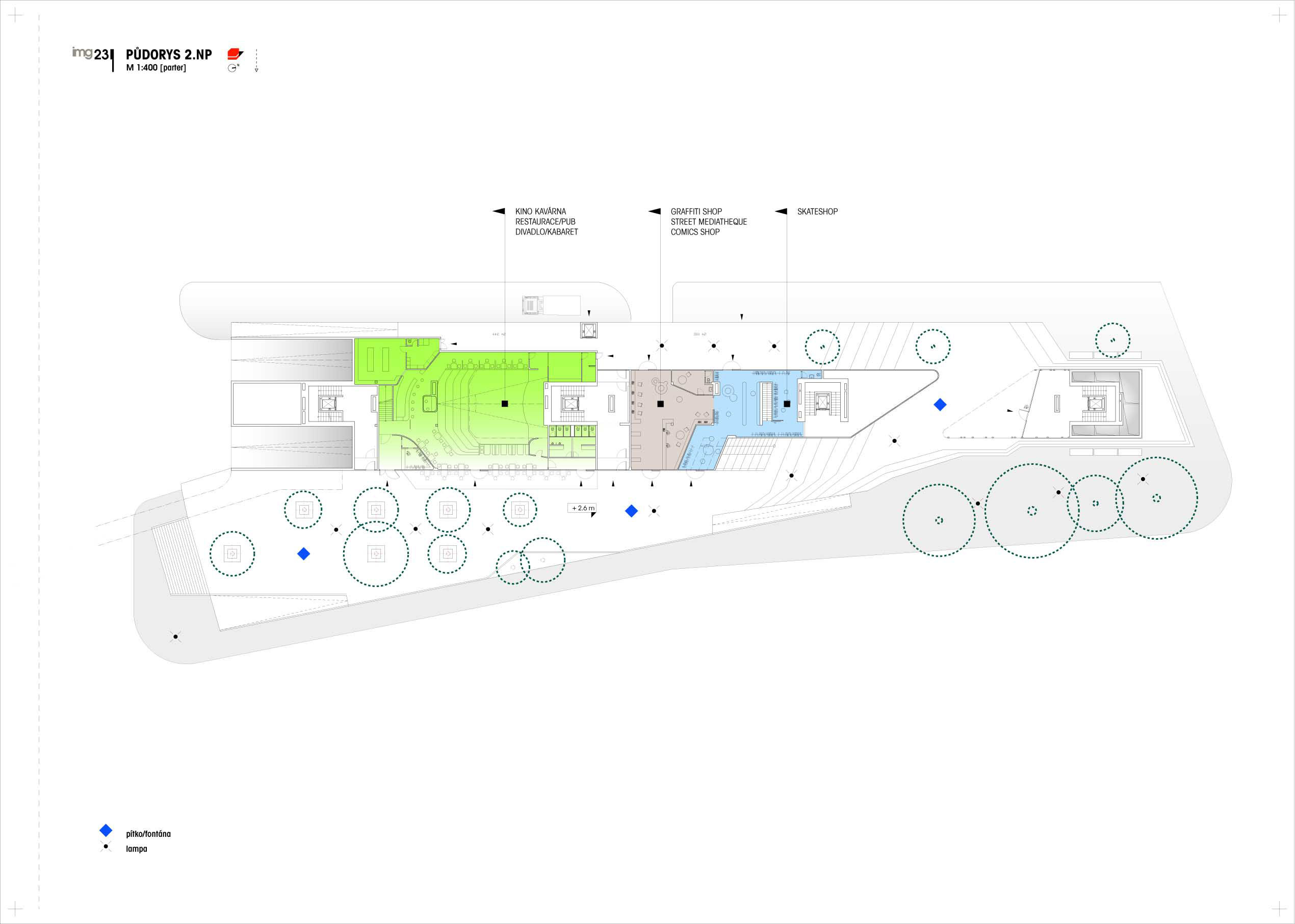 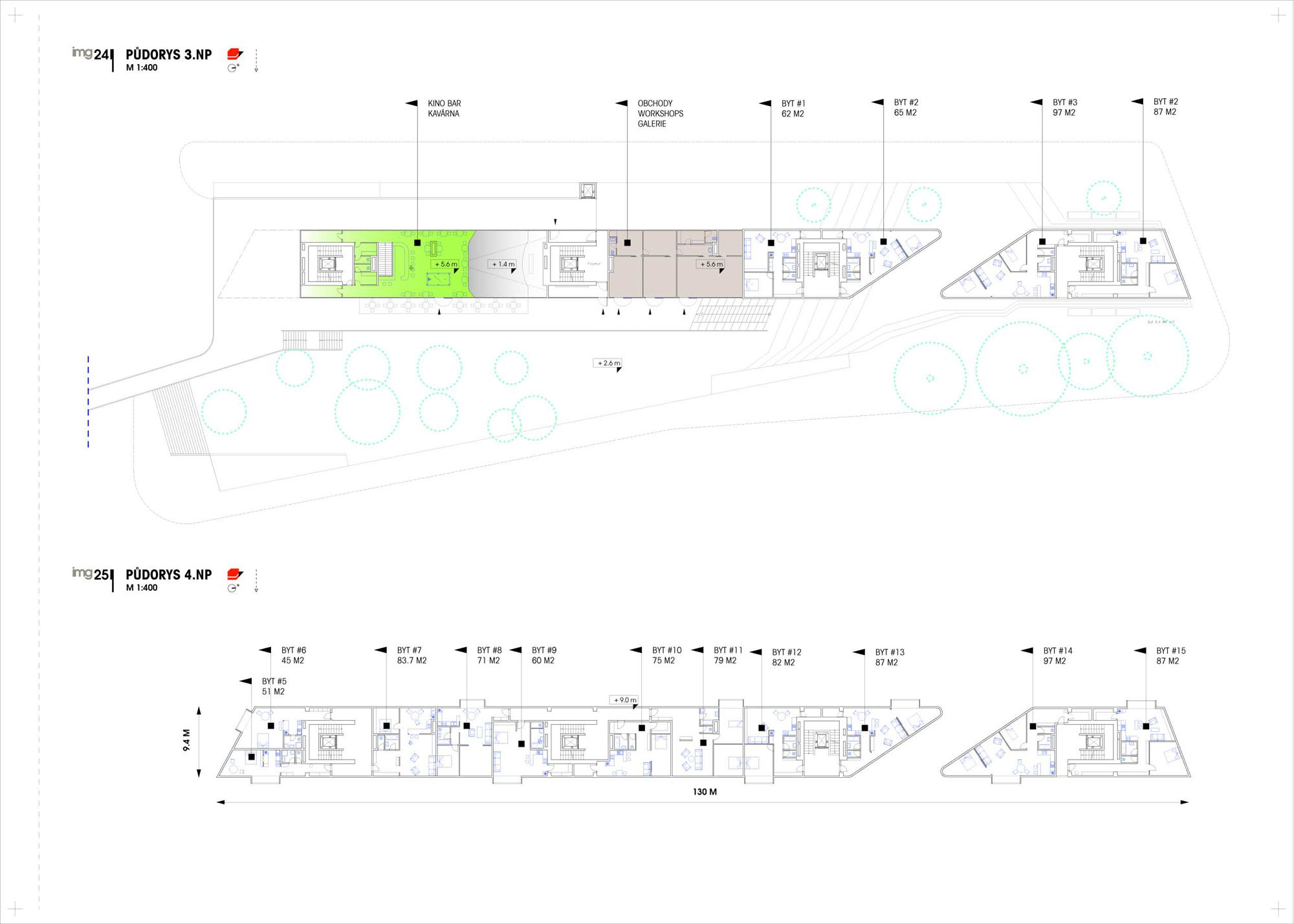 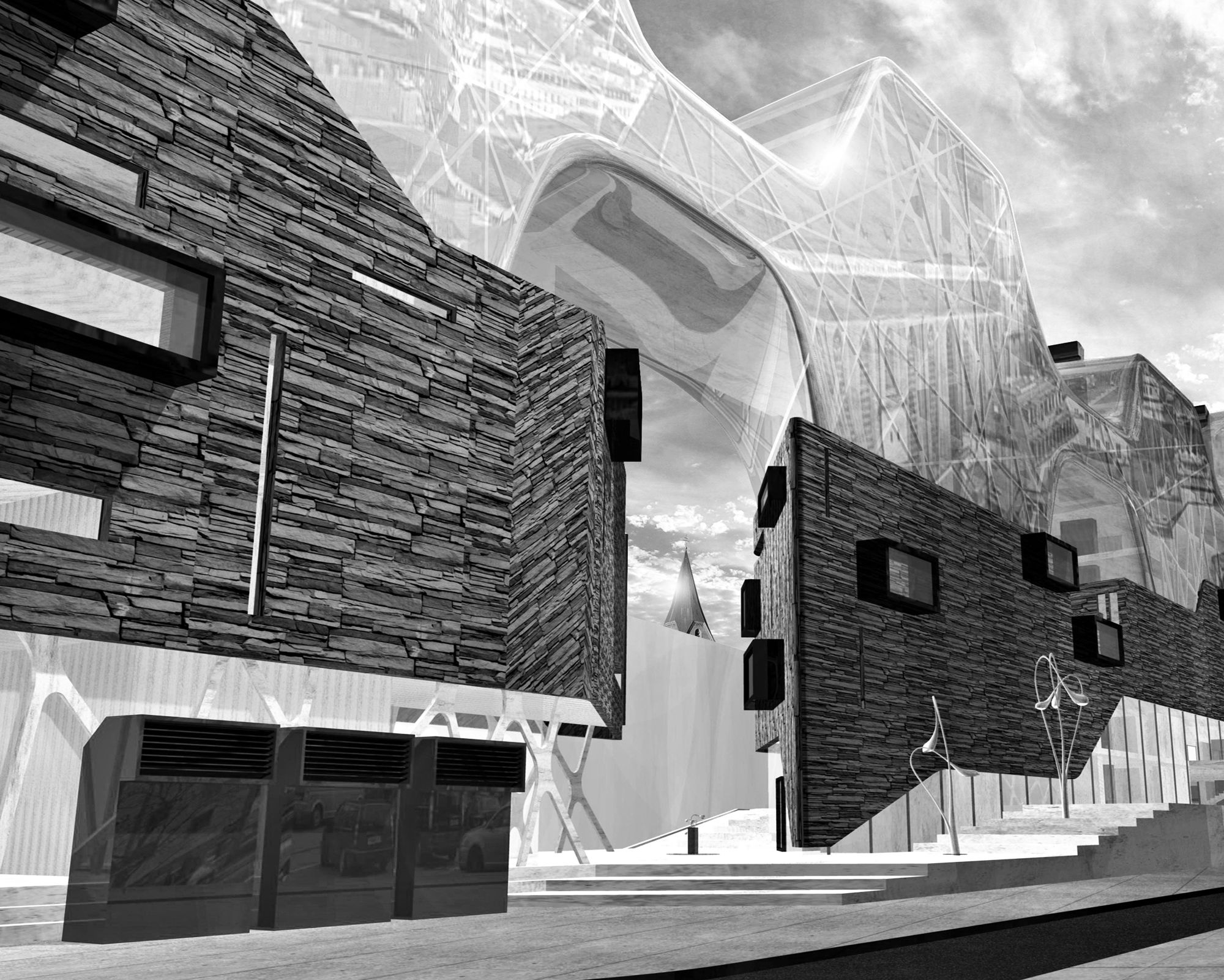 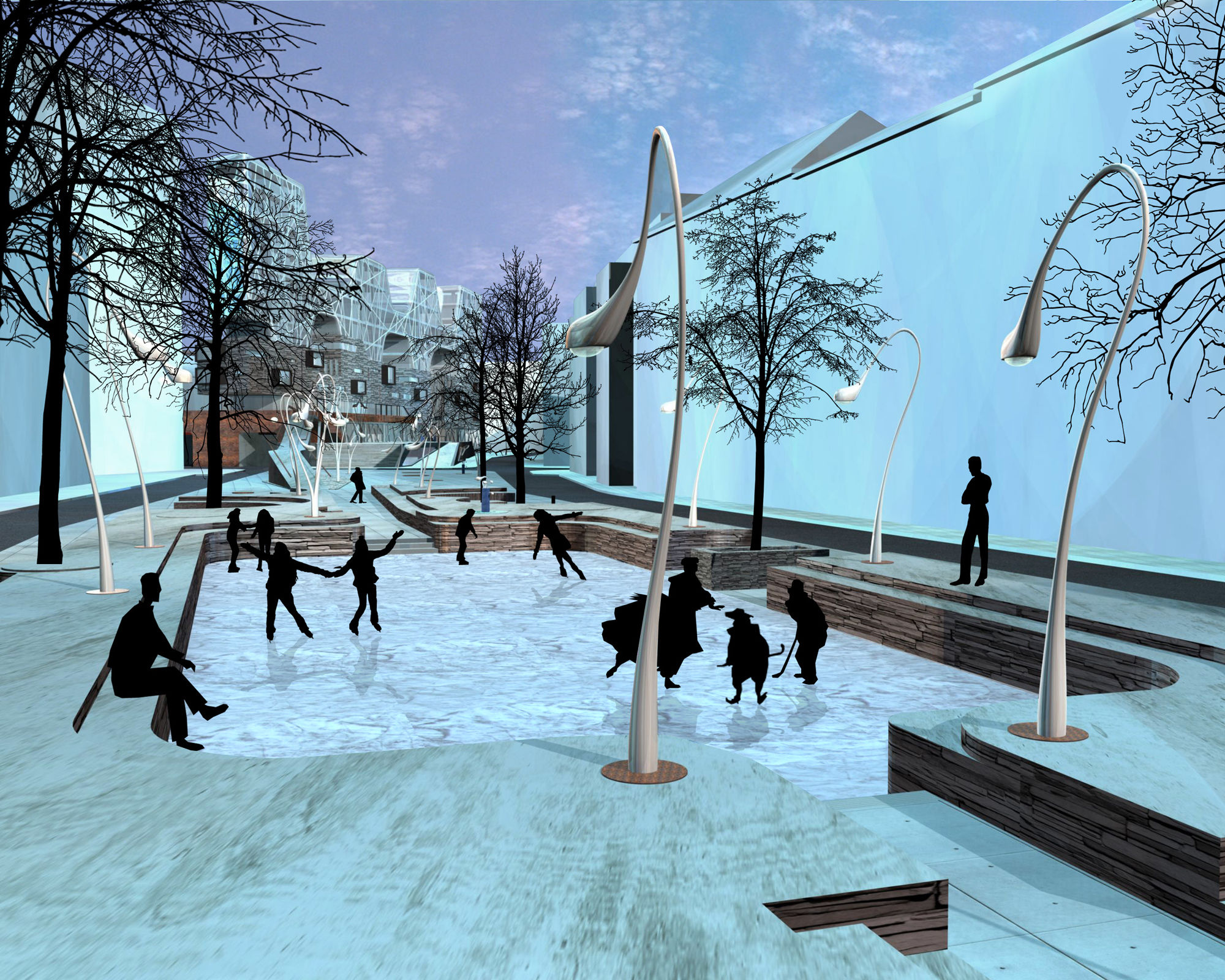 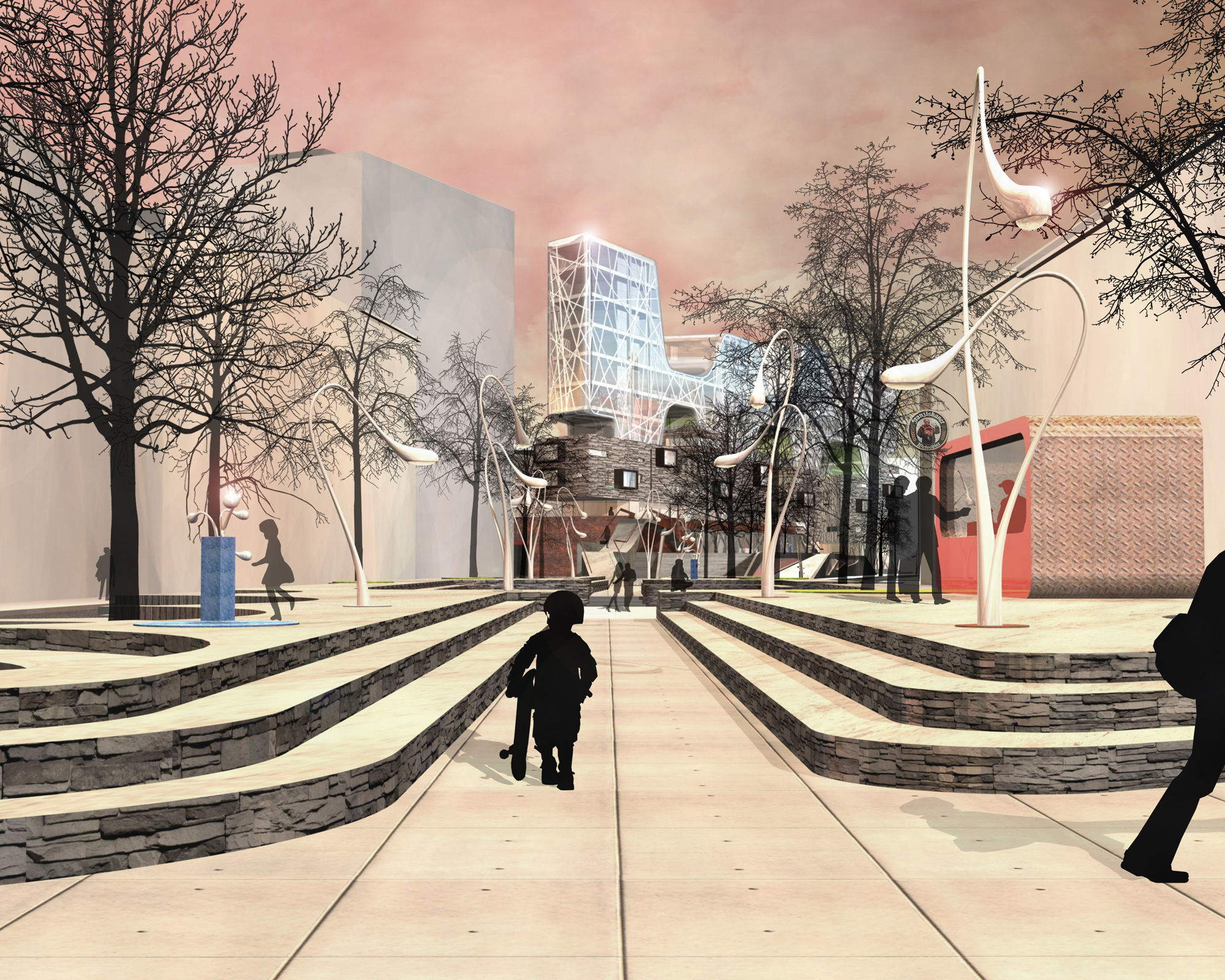